Today it was all about Ernesto Guevara. Or Che as he has become. 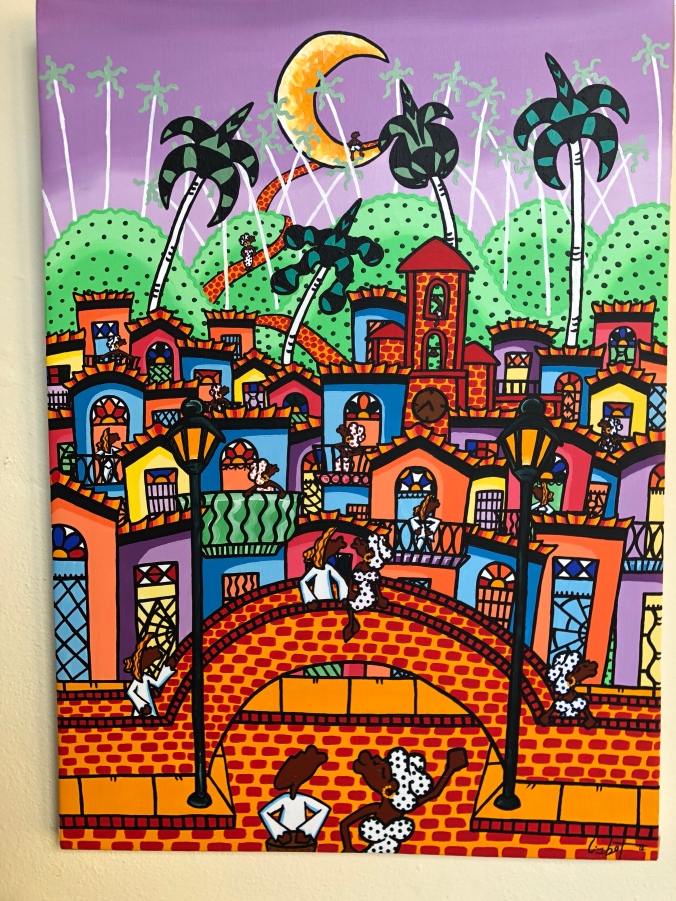 Our hotel last night was great and we had a lovely breakfast in the dining room. A smooth Alex arrived and gave is the run down on today’s activities. 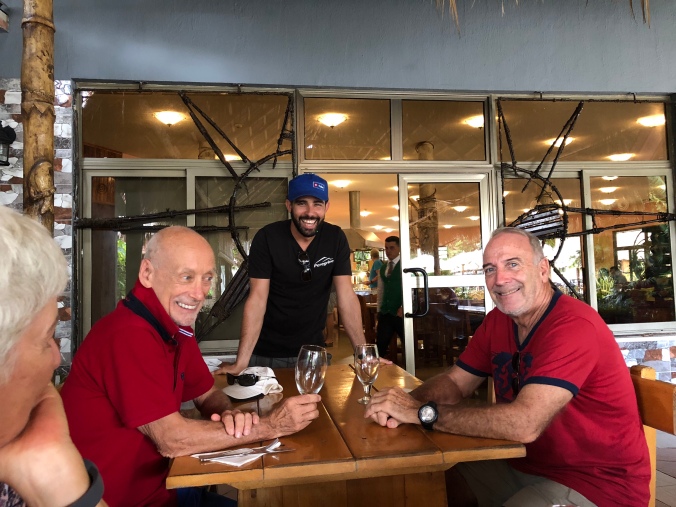 We were to drive to Santa Clara about an hour away, but before that we visited the town plaza. Around a central garden stand some very grand colonial buildings. They are painted in different pastel colours and have colanades running along them which is handy in the hot sun. 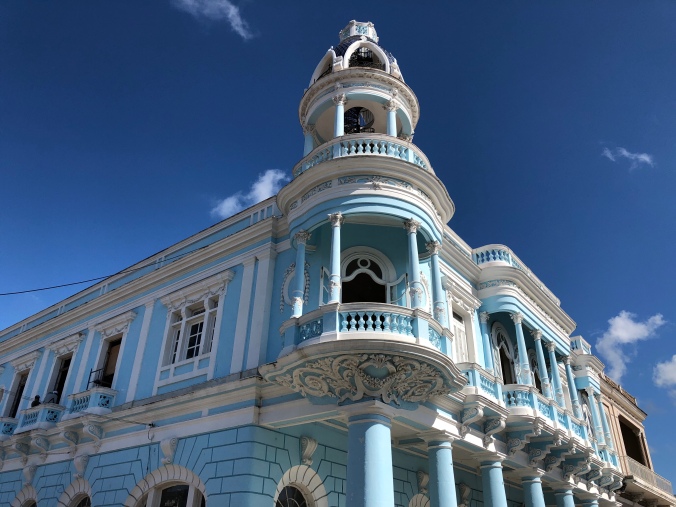 We went into the arts co operative and loved the various arts and crafts. So bright and happy. Cuba certainly is colourful.

Then we tried to climb the building on the edge of the square with a high tower and a look out. Only problem no one arrived at 10 am to open up! 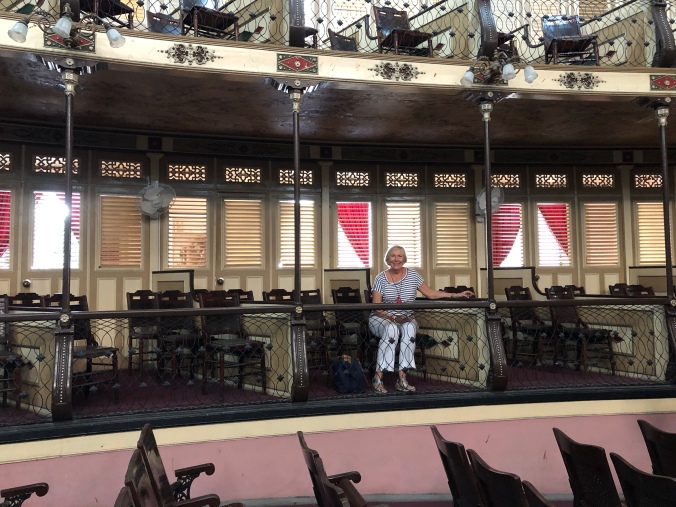 Next up was the theatre. It’s a really lovely building built by a wealthy sugar farmer back in the 1890’s. It’s still used for performance each weekend and us open to view for $5. 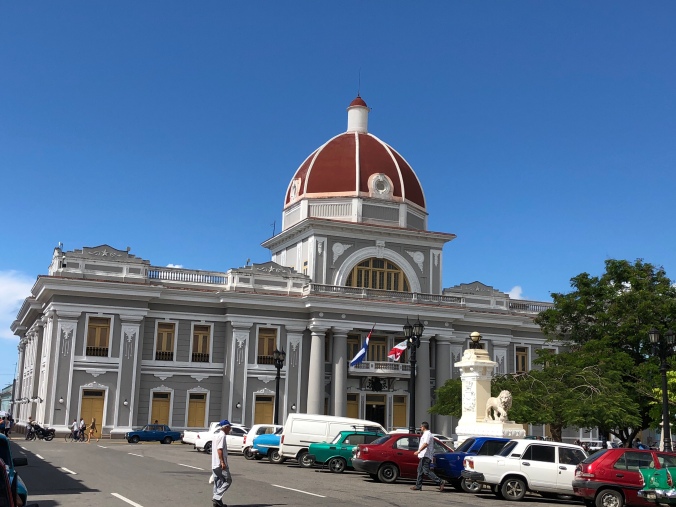 Unfortunately it’s been subject to the same decay that so buildings have been in Cuba. There hasn’t been the money to pay for restoration. So even though the whole square is Unesco listed they are in bad condition. 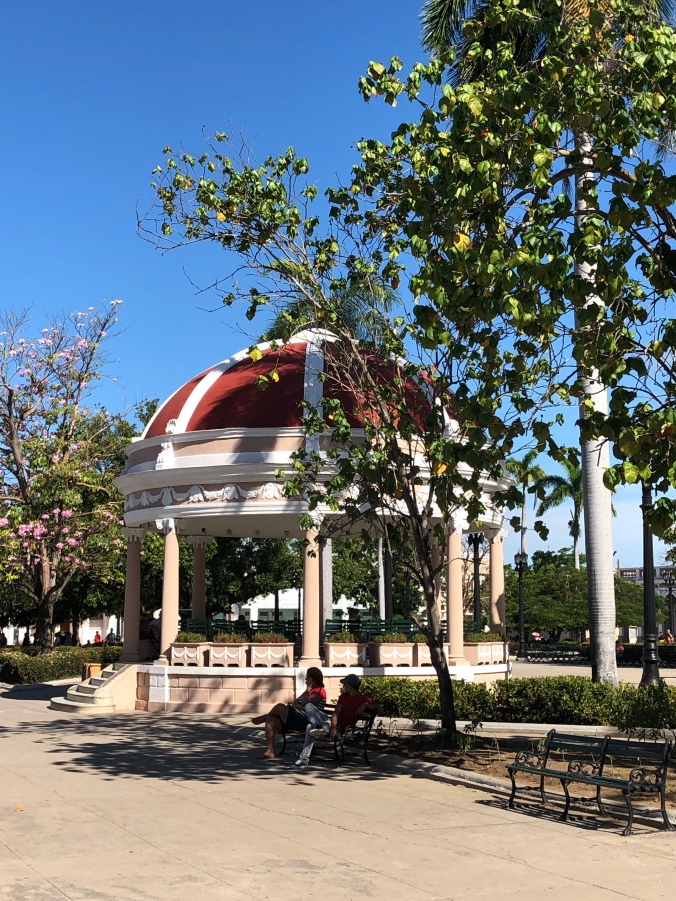 Last stop was the church. Very plain and in need of paint.

Paint can be hard to get apparently. Alex has bought an apartment with his wife and is trying to do it up. He can’t find any paint. He’s got the money but there just aren’t the supplies readily available. 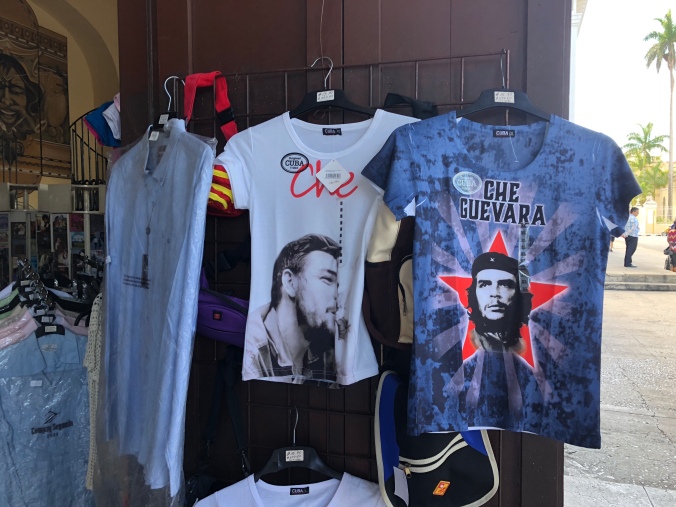 Victor arrived with the bus and we got on for the hour long ride to the Che Guevara memorial. During the hour we watched a documentary on his life. He was certainly charismatic and driven and in the minds of the Cuban people he would be forever young. 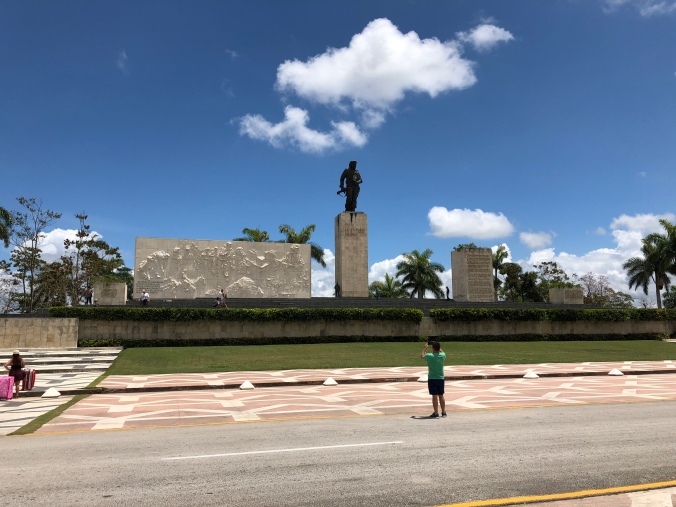 In my opinion he seemed attracted not just by the cause and helping people overcome dictators but driven by the adventure.

We visited the museum and the memorial and it was quite moving.

Back in the bus we stopped next for lunch at a hotel. Quite attractive with a large empty pool.

Then it was across the mountains through sugar country to Trinidad.

The forms of transportation are varied – not many private cars, just taxis , tour bus, bikes and horse and cart. 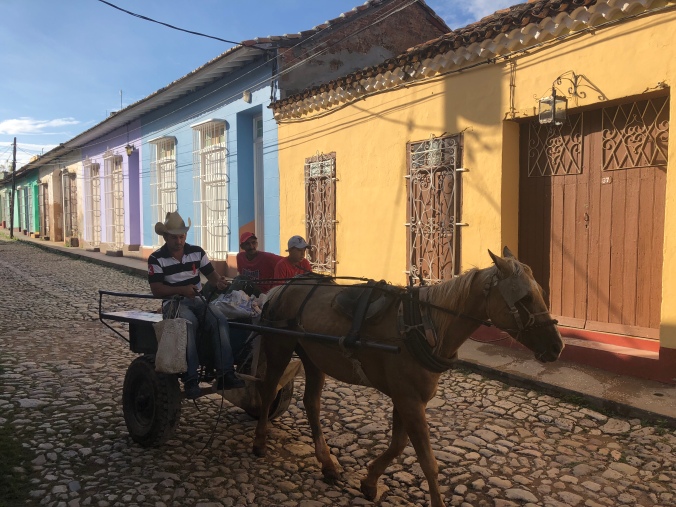 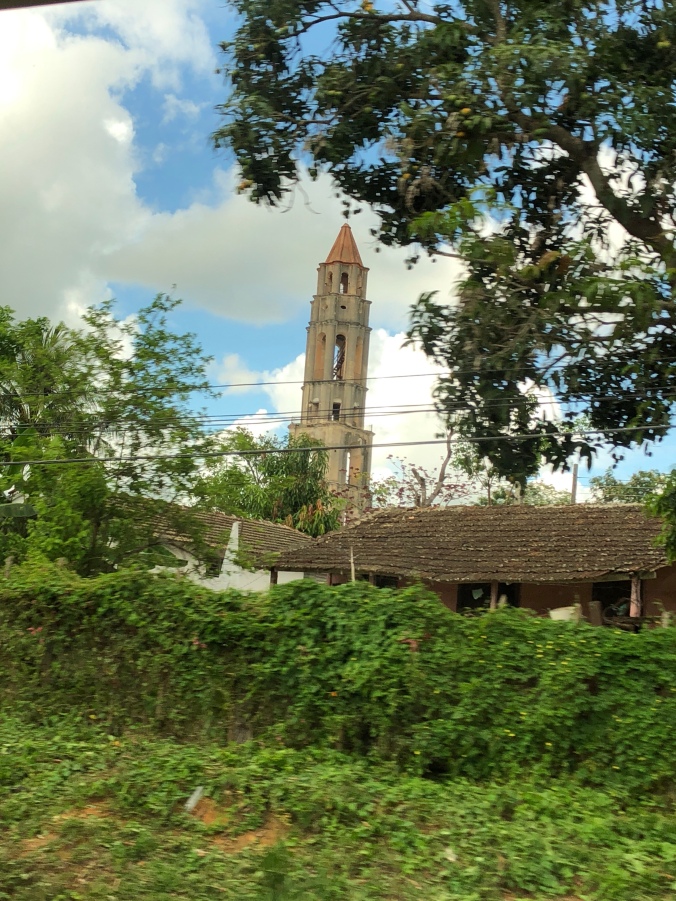 This tower is not a church. It’s a tower that was used for watching slaves.