Sometimes it’s better to take a tour than to wander around trying to read non-existent English captions.

We’ve found here in Budapest they like to keep you in groups and guide you around.

So that’s how we visited the Dohany Jewish Synagogue. 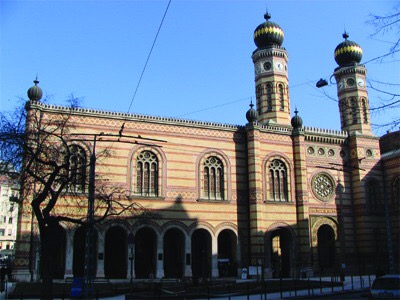 It’s the 2nd largest in the world and is beautiful. Our guide was great – a mix of good humour and wealth of knowledge.

Its domed roof has a hint of Moorish architecture and some think it’s a mosque. There are also some lovely rose windows. 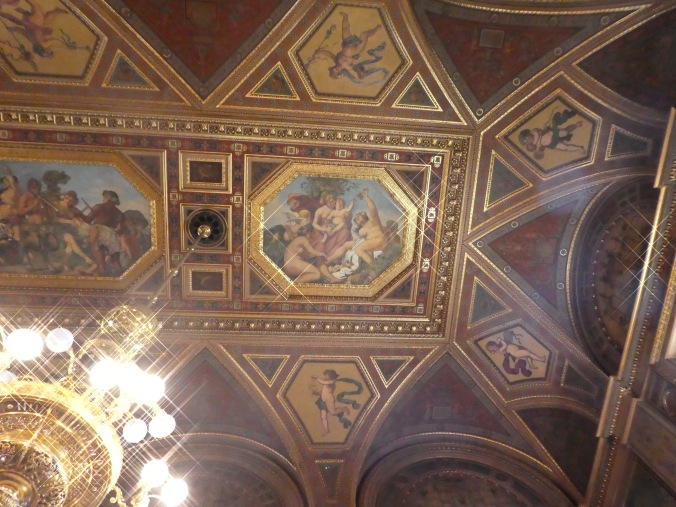 Within the grounds there is a lovely memorial garden and a sculpture of a willow tree. Each of the weeping leaves has the name of a Jewish person who died in the holocaust. It’s very moving.

Then we attempted to go to the Terror Museum by bus but were hampered by the police blocking off roads and changing bus routes. So we had lunch and walked to the Opera House for a tour.

As you can see there was a lot of work going on inside the main theatre. The poor guides moving around with different language groups had to speak up when we were seated in the theatre itself. It’s being prepared for a function for the FINA World Water Sports. Not an indoor pool we hope!

There were many other areas to visit and it is truly beautiful. 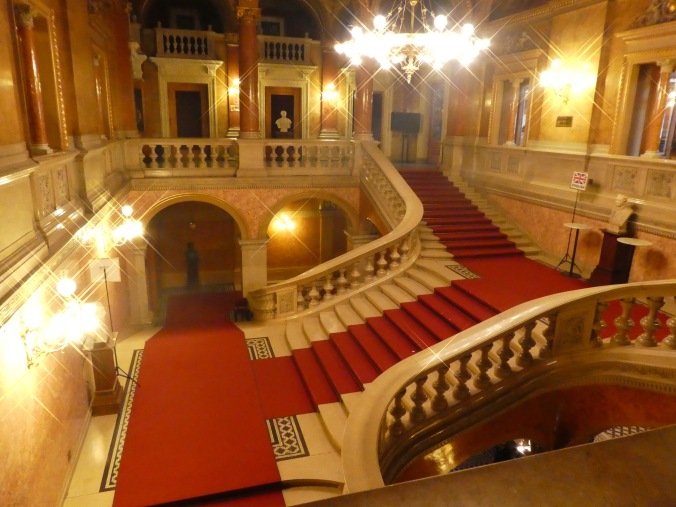 We’d love to go to an Opera performance so were quite pleased when we were asked to sit on the steps of the grand staircase and were treated to two arias. 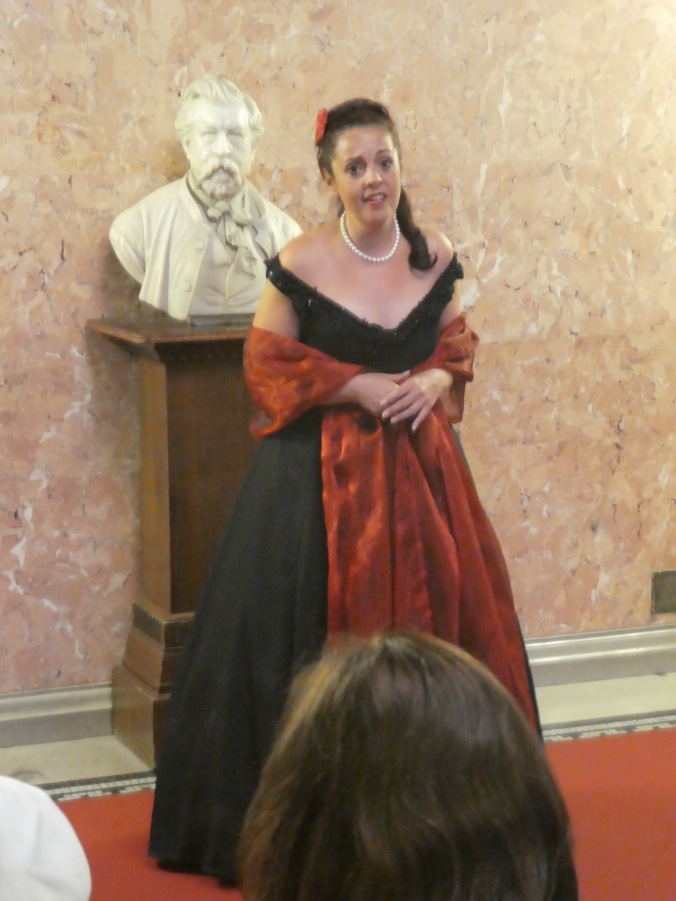 After the tour concluded we attempted again to get to the Terror  Museum. This time the metro was closed as well as the bus missing! We believe Prime Minister Netanyahu is in town and moving him around requires huge numbers of Police,  helicopters continually buzzing overhead, and closed roads, and missing public transport! 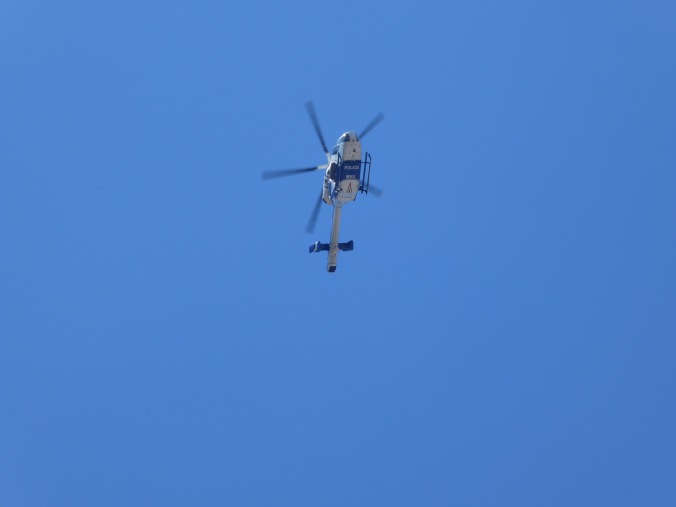 So home we headed to rest up before going to St Stephen’s Cathedral tonight for an organ concert.

Not before Steve had a little sit down with a new friend. The sculptures here are great. This was was outside a theatre and was a writer.