Waking up in a new place is always exciting especially when you didn’t get a chance to explore on the night of your arrival.

This morning Alex took us on a walking tour of old Havana. He managed to bring old Havana alive through the stories of the Spanish who came here in the late 1400’s, the people who influenced Cuban life, the beautiful buildings that are in such a state of decline, Ernest Hemingway and his Cuban years. 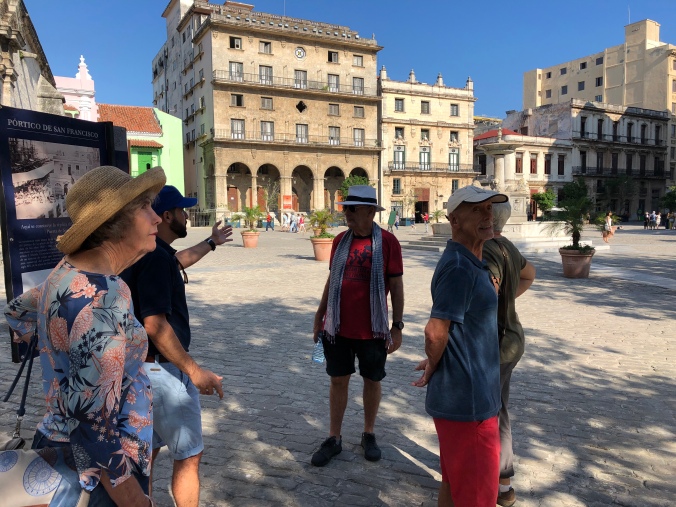 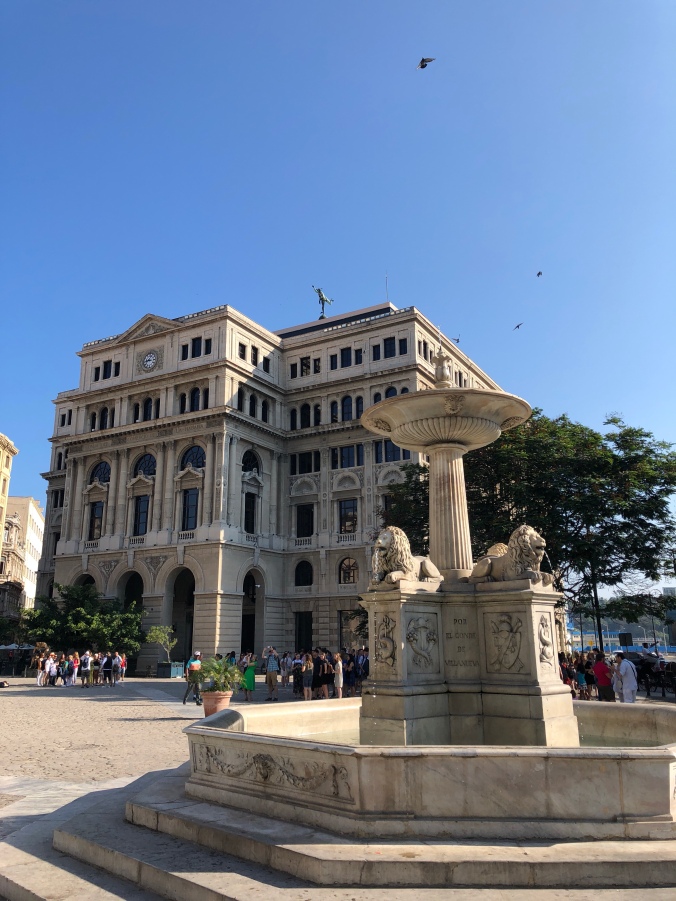 As we walked along the shaded streets he talked about the Americans, the Russians and those who have either occupied or tried to.

The buildings are beautiful- decorative and decaying but Alex explained that money is being put into restoration and in years to come they will be back to their former glory. 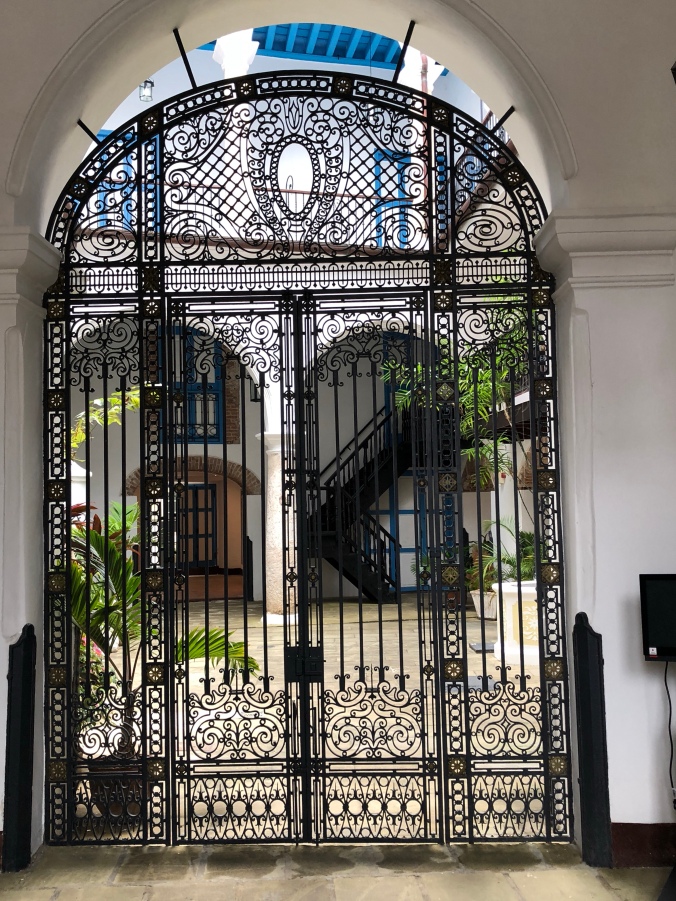 Obviously tourism is important here and although the tourism dollars are vital hopefully the numbers especially from cruise ships don’t ruin it.

We stopped for lunch and a mojito on a great roof top with a salsa band playing before making our way back to the bus for our trip to Vinales via the gardens at Soroa.

There are some colourful sights around the streets. I need a pocketful of 1 paeso CUC to pay for all the photos!

We saw a very soulful looking lady smoking a big cigar, a dapper gentleman with roses for the ladies, a band or two, a group of fun people on stilts and some lovely older locals selling fans. 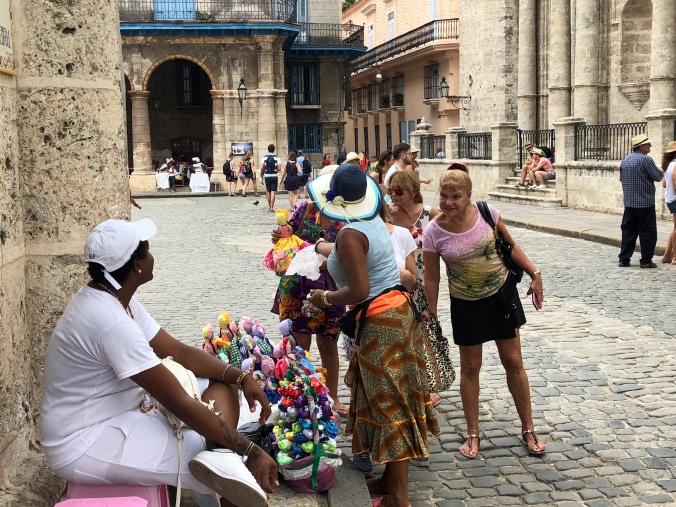 Back on the bus we drove out from Havana along the waterfront before getting onto a road heading to the beautiful thick green forests. We also started to doze off as the afternoon rain came and the lunchtime mohito kicked in.

Next stop, in the rain were the gardens of Villa Soroa. Orchids, begonias, palms, so many plants familiar to us in Australia.

Back on the 24 seat bus for the 5 of us plus Alex and Victor our driver. So spoilt! 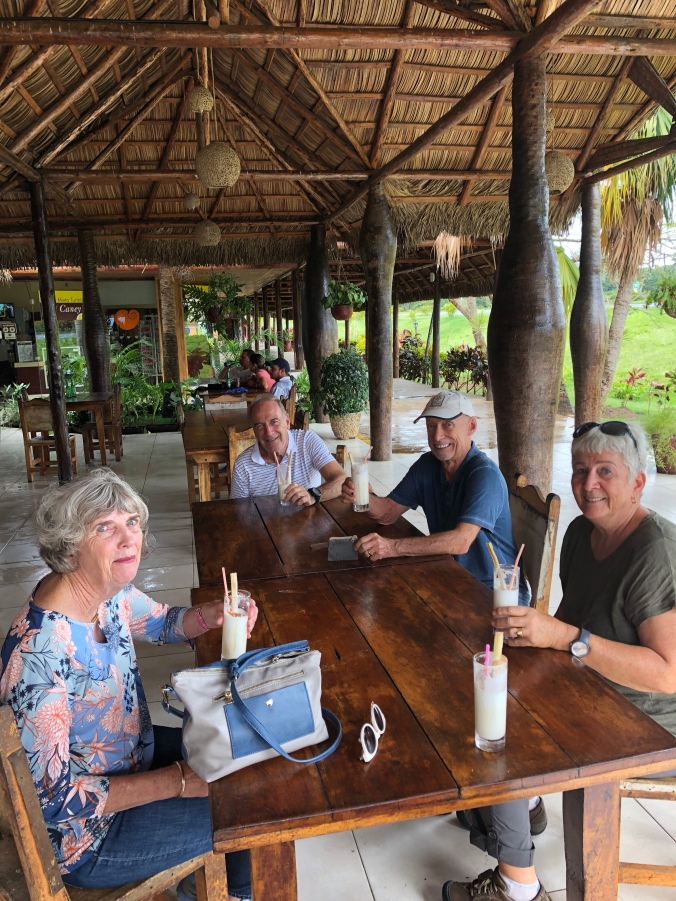 We watched a video on the making of the infamous cigars. Such a labour intensive process. I want to try one tomorrow when we visit the cigar making house near Vinales. 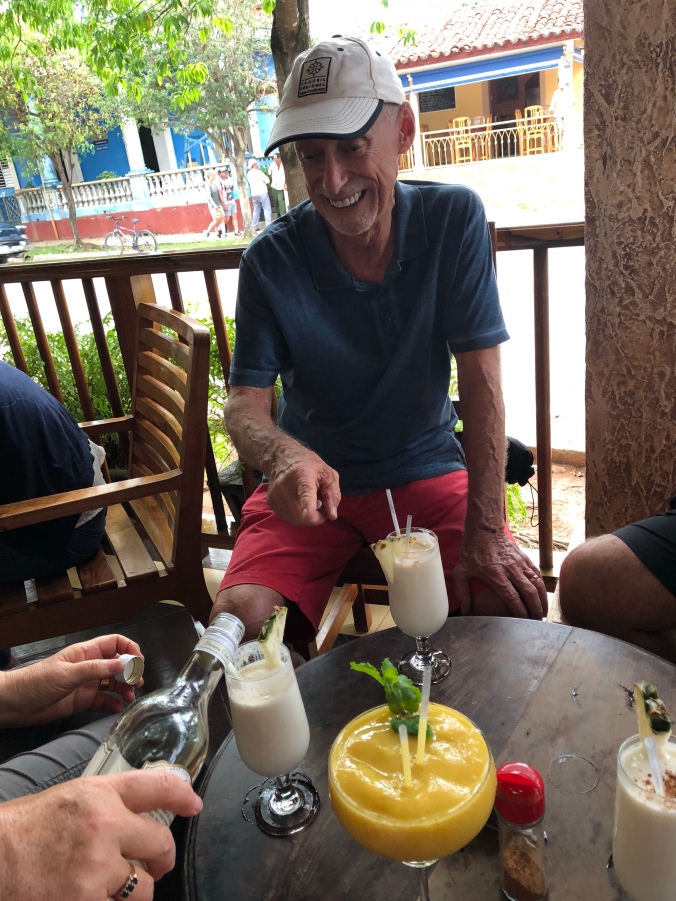 One last stop. A pina colada / pee stop! Yes. One of each. 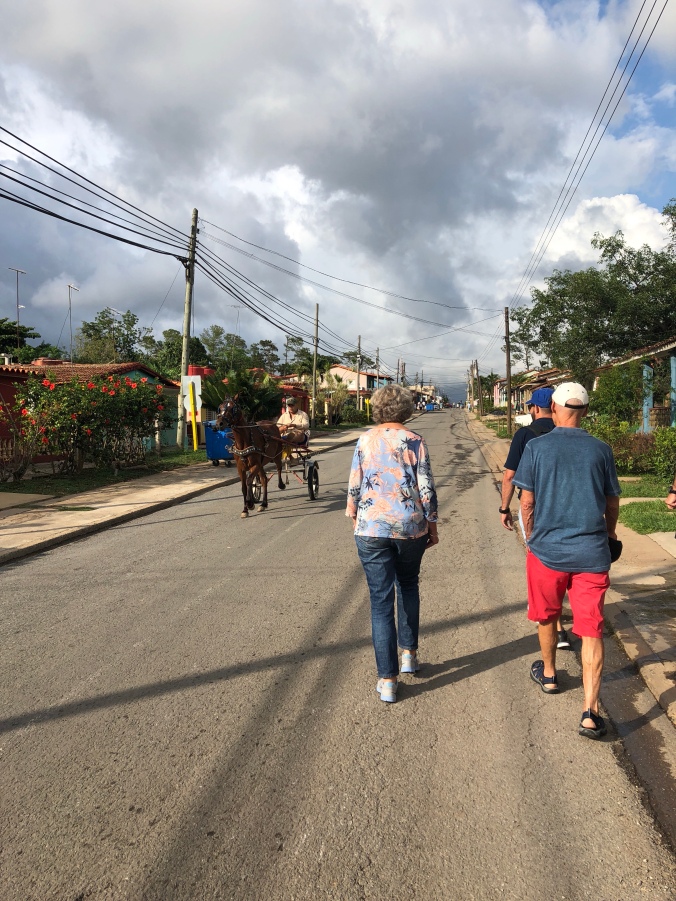 Our night was spent sipping Mojito and walking up and down the Main Street.

Such a quiet lovely place.

Tomorrow a visit to a tobacco plantation.

Can I smoke a cigar?