The afternoon was spent visiting the Museum of the Plains of Abraham – about the French English Seven Years War.

The battle was fought on some land (owned by Abraham Mary) outside the walls of the old city. Quebec is the only city in Canada with a fortress wall.

We walked up Rue St Louis and out the old city gates to get to the museum. It was well set out with interactive displays and a film showing both sides of the fighting. The war went on for seven years and must have been so hard in the weather they experience here. 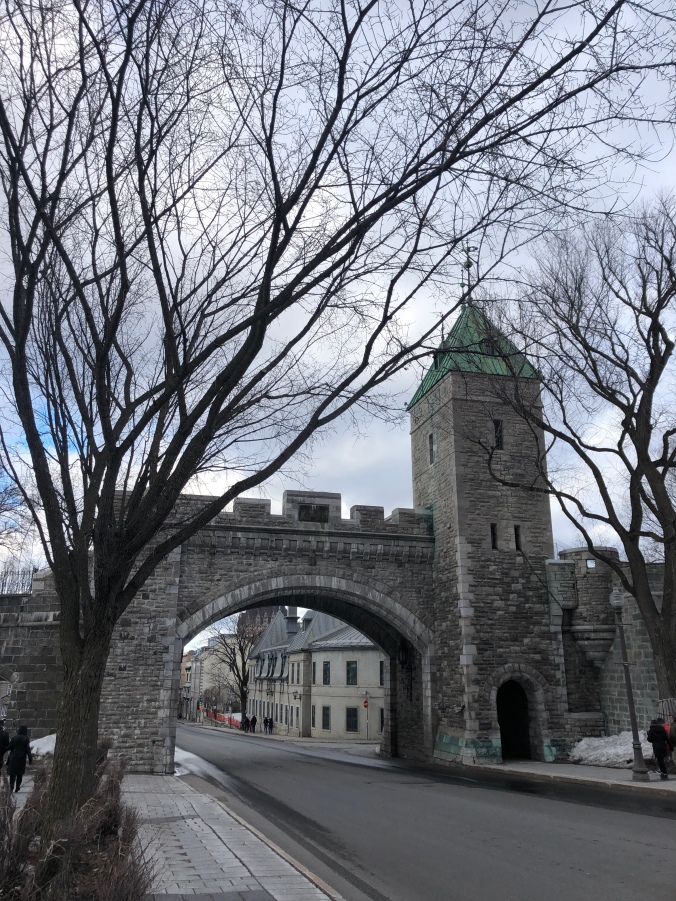 After our visit we went to the Inox brewery nearby for a local beer. We walked by some houses needing snow removal from their steps. 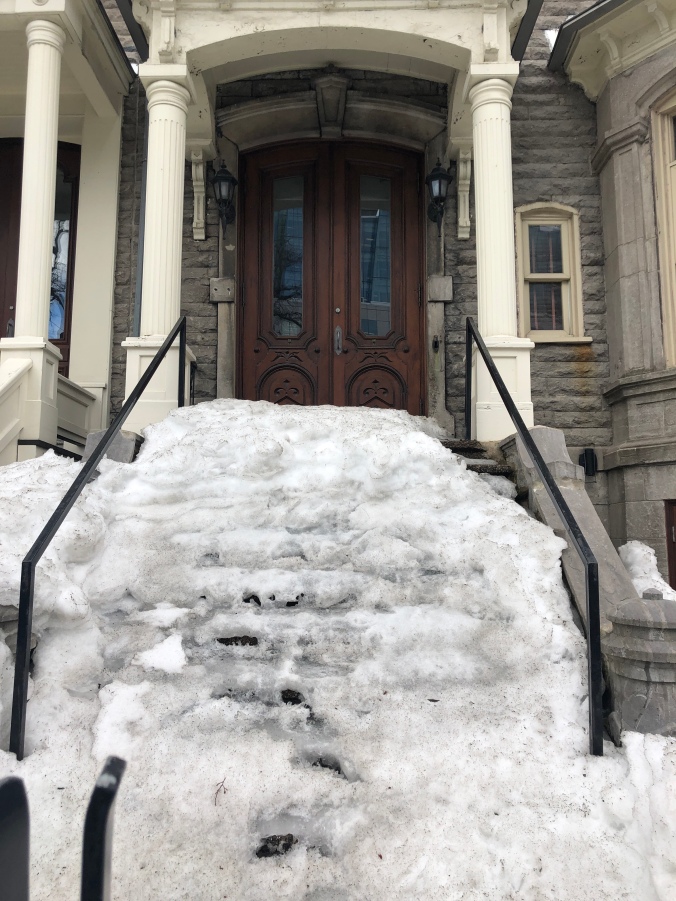 My beer had a secret ingredient. Maple syrup! It wasn’t bad at all.

We got talking to the young barmaid and found out she likes to surf! In Canada she needs a very thick wet suit. No surprise there. The brewery had a dart board that works electronically. They don’t allow regular darts boards as they are too dangerous and people were being injured by darts 😱and I though Australia was a bit of a Nanny Nation.

It’s always a good idea to leave time for a little R & R before dinner so back to the beautiful bed before leaving for the restaurant La Buche. We had visited it today as part of our food tour but coincidentally that morning had already booked it for dinner. It’s a Québécois style restaurant. We got talking to the waiter who remembered us and pointed out a few favourite dishes. We decided on something light! 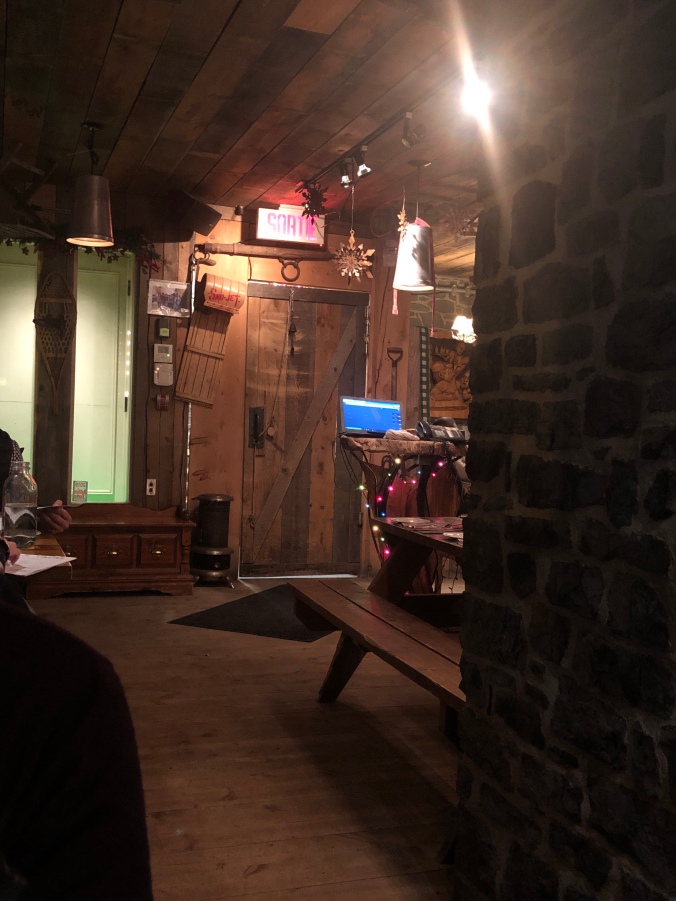 Steve had the local ‘second favourite dish after Poutine’ – the Mac n’ cheese with bacon and sausage. It looked small but was so filling. I had a small serve of fresh salmon with hazelnuts, apple and dill with a high pile of fresh salad green. Yum!

The restaurant is decorated in local Québécois style but it the downstairs bathroom that provides the biggest surprise. Our guide Sam from the food tour told us not to miss it!

With good reason. It’s unlike any other bathroom I have seen ( except perhaps one from Beijing years ago!)

3 thoughts on “The Battle for Quebec”