I scrambled some eggs and it was lovely!

We set off walking around our area Old Montreal East. 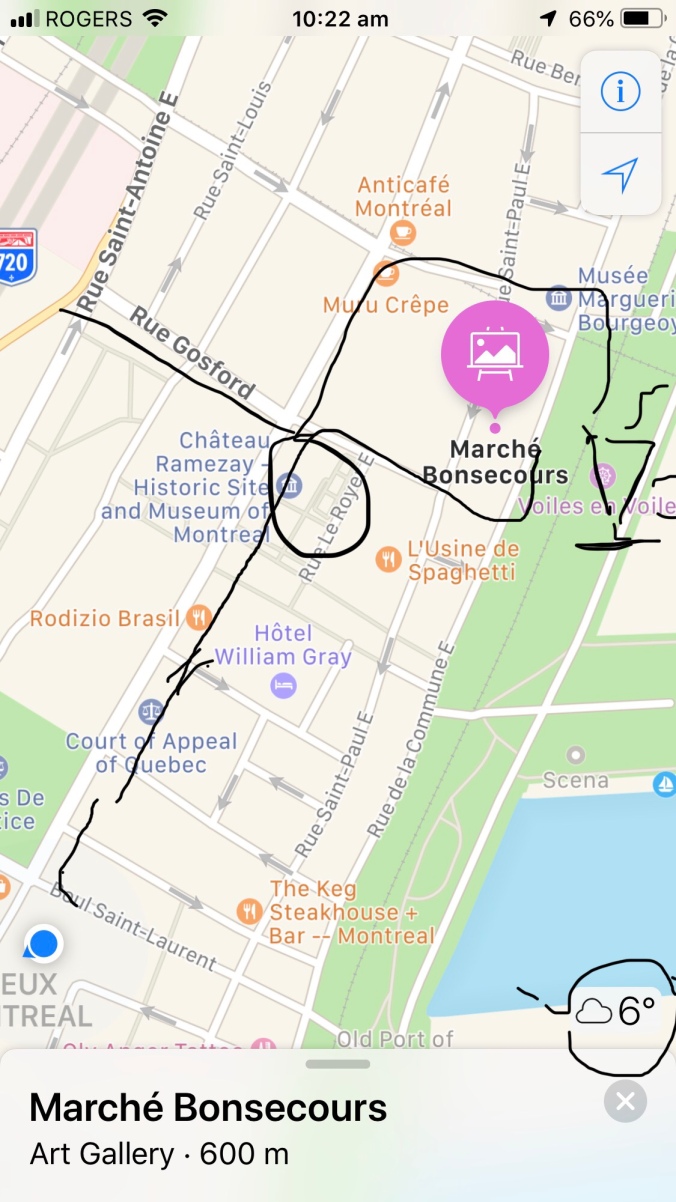 Note the temperature. It’s not warm! I think we’re not seeing Montreal at its best. It’s s bit grey and damp but we are making the list of it. 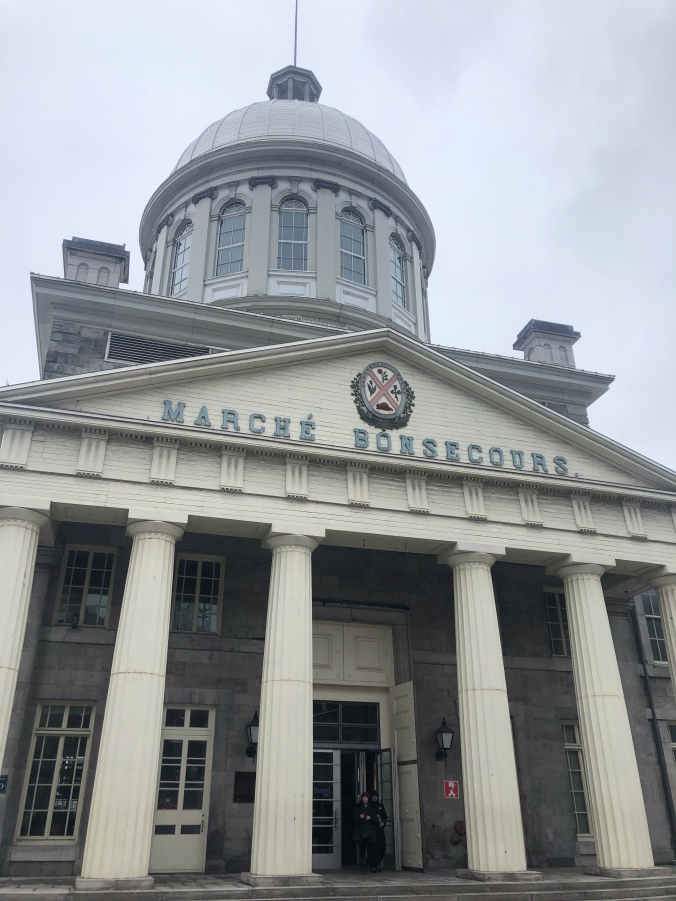 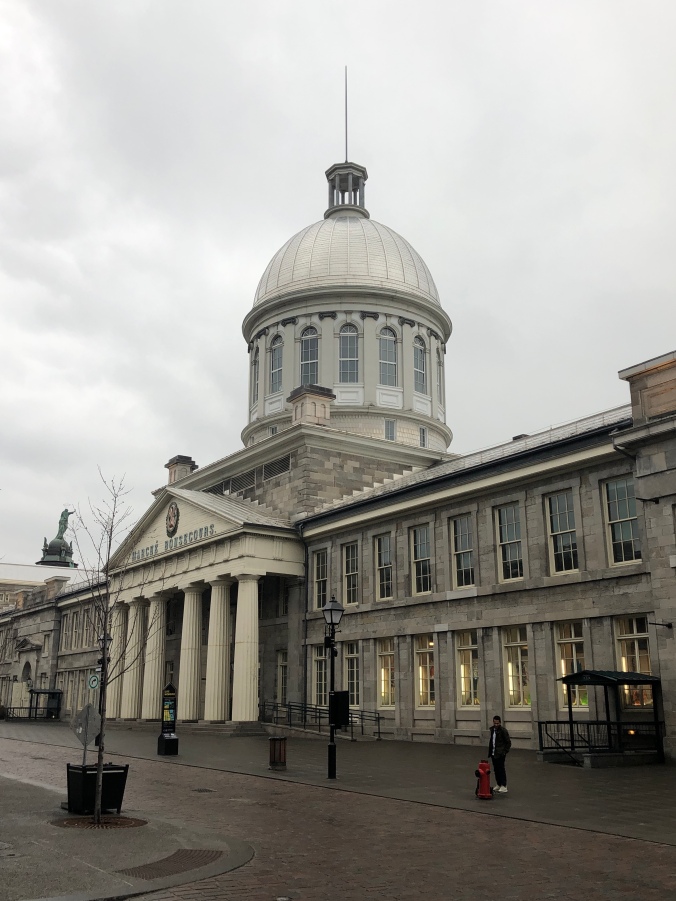 Inside it is now home to little shops selling all products from local manufacturers. Clothes, artefacts and food. And maple syrup of course.

We enjoyed a coffee at Cafe Sea Arts before heading next door to Musée Marguerite-Bourgeoys. Unfortunately it was still closed so we headed up the hill and visited one of the historic homes Château Ramezay. It’s a beautiful home built by the first Governor of Montreal. Fortunately it was saved and exists today as a museum. It’s set out well in the elegant rooms of the house and has some very good multimedia interactive displays with stories from people who lived in the house over the years.

Back outside we stood and watched the long Good Friday procession of at least 500 people led by a young man carrying a simple large cross. They were on their way to Notre-Dame. In silence.

As it was raining we decided to do a bus tour of Montreal. Not on the big red bus! But on a Grey line tour bus.

Before it started we visited Mary Queen of the World Cathedral. It’s beautiful. And who should arrive but the walking pilgrims. They had walked across the city from Notre-Dame to here. We sat and listened to the music.

It was a good decision.

Then it was time to join the tour.

It took us around the main sights of this lovely city. The main boulevards, the Stadium from the 1976 Olympics, the Grand Prix race track, the charming houses with their external stairs. They must be hard in snow! But they saved room in the houses.

We drove up Mont Royal past Justin Trudeau’s house in the hill – when he’s in town. Also past Céline Dion’s house.

We were entertained not only by our guide, a lovely lady named Marie Clare, but also by one of our fellow travellers – a young man who had much to say – asked and answered questions, commented on everything and spoke to everyone around him. He was harmless, likeable and on the spectrum.

We drove on through the rain and were grateful we were dry. 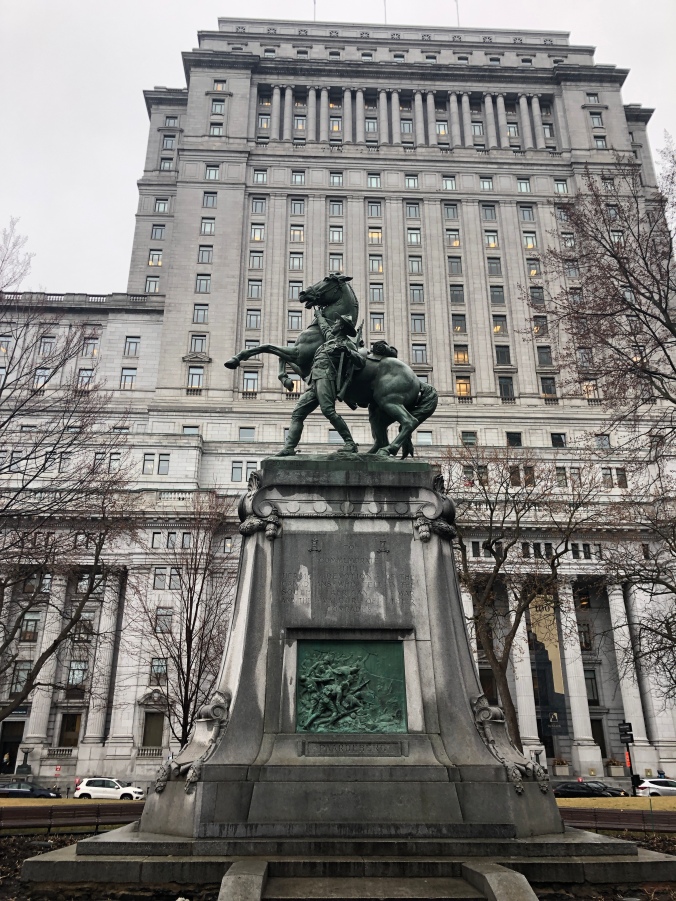 We finished back where we started and headed for the underground city. There are 20 kilometres of underground tunnels that connect the city and shield the locals from the harsh weather in winter. They are like shopping malls with all the shops, restaurants, Church, Theatres, a wax work museum….. with access to office blocks, apartments, metro stations. Everything you need to keep out of the weather. Brilliant! And it worked for us today. 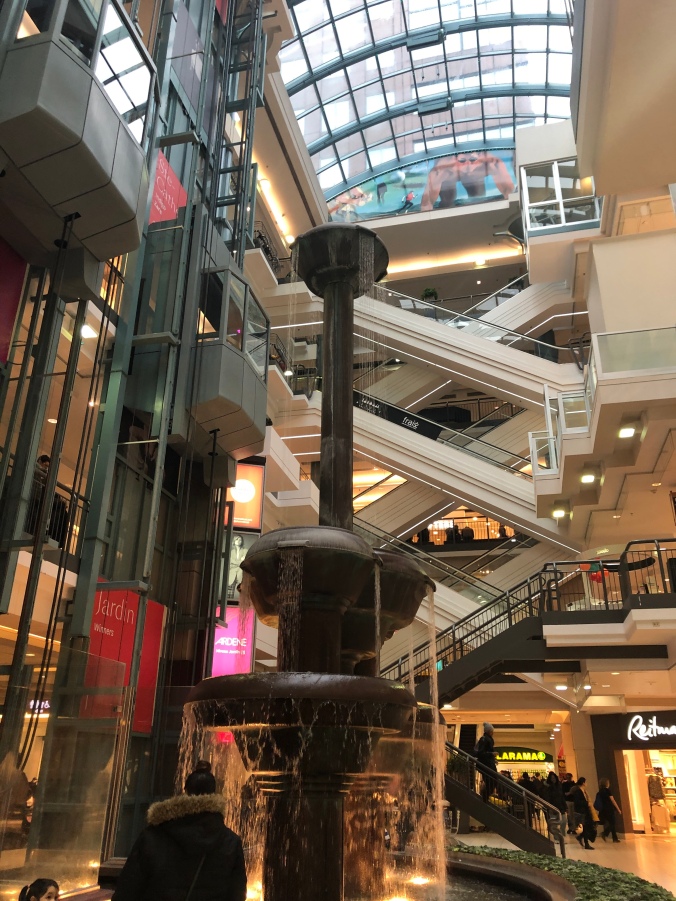 We somehow got a taxi back to our apartment where we had R & R until an early dinner at Brassiere 701. A very smart place to eat.

We were meant to be eating at Moldavi with Rob & Jordan but their flight from NY got cancelled due to bad weather!

So we are eating without them and hoping they make it tomorrow.

We have a walking tour booked for 11am so fingers xxxx

One thought on “Montreal. In the Rain”