We headed off from our Portland hotel and walked the cobbled streets. It’s an up and coming tourist destination (perhaps it’s already arrived!) and the township near the port is filled with fun shops, bars and restaurants.

We followed the suggestion of the hotel receptionist and went to J’s oyster bar.

it’s a modest place but packed with atmosphere. We tried two types of local oysters. A salty and a sweet. Both delicious but the sweeter one won.

Washed down with a Prosecco for me and a Guiness for Steve it was a winner. After a big breakfast we had skipped lunch so we’re ready to eat.

We left J’s and walked along the sea front

Then headed to Oyster Bar #2 called Eventide. Back a few streets it was just superb. Right on trend I’d say!!!

Cool guys working there but very friendly, we sat at the bar and ordered 6 different Maine oysters each. They came with a choice of sauces. I chose horseradish ice and Steve had lemon pepper ice.

We worked our way through the menu. We definitely had our favourites.

But all were delicious. Again washed down with Prosecco and beer(s)! 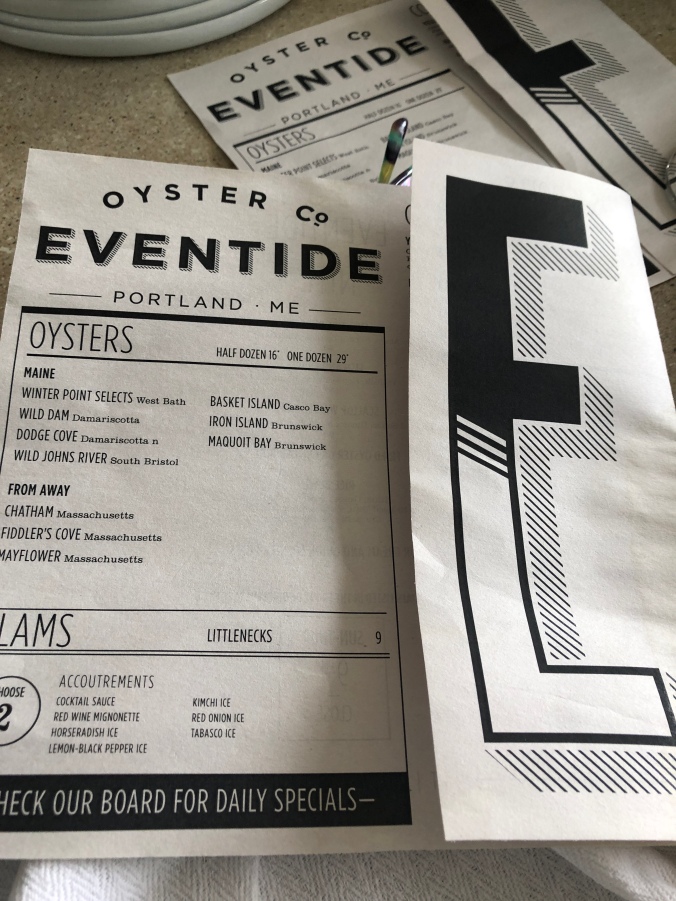 The rock on the bar was set up for oysters and the guy shucking them was a machine.

After some time there we walked a little, went to the hotel to regroup then went to Scales for our last plate!

What a great place.

We just had to try local lobster. We ended up slightly messy but it was worth it. And so was the Santa Barbara Pinot Grigio. 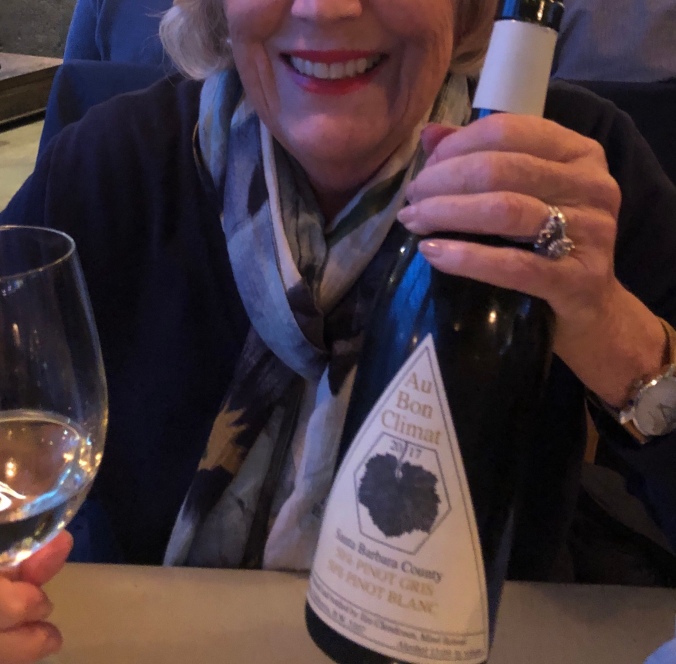 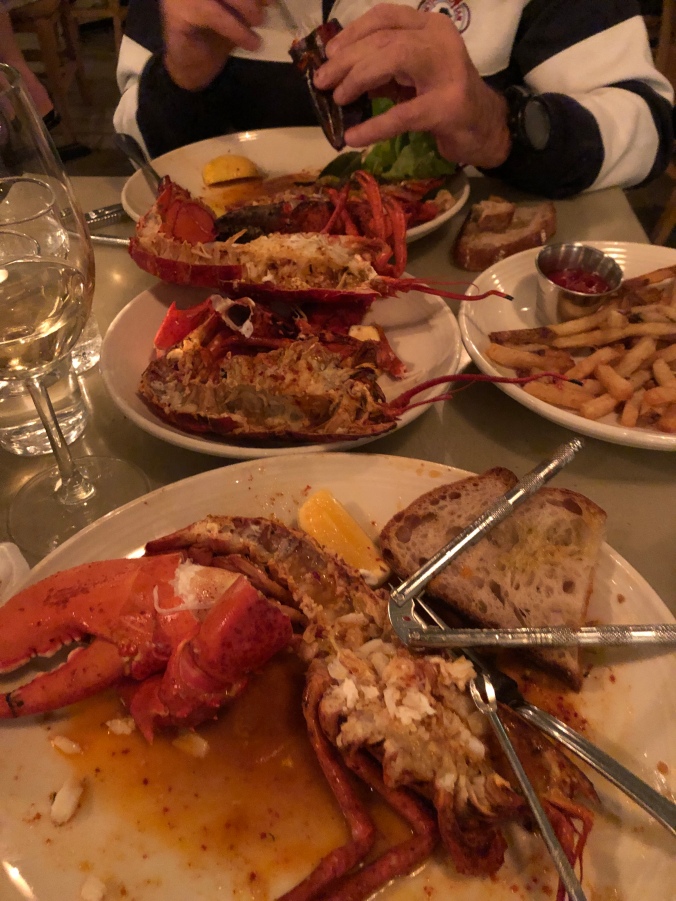 Slightly messy plate. Well worth it.

Portland is a foody paradise.

4 thoughts on “Is there such a thing as too many Oysters! In Maine!”