Our last breakfast was more a series of goodbye hugs than food. Hard to grasp that it’s all over!

Those not leaving early went for a last swim and arrived back for final goodbyes. 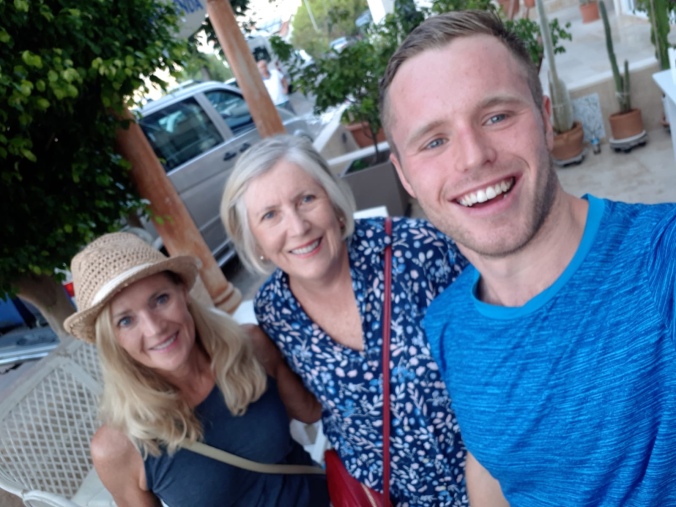 The staff at the Hotel Linda were great. It’s a good place to stay with a group like ours though there’s no shortage of hotels in Kas.

I left a note and small gift for our friend Yves who arrives at the end of the week. We met him through swim trek a few years ago and have stayed friends every since. He took us to Vanuatu last year (check back here for posts on that trip.)

Into the van with Steve and Betty for our 5hr trip to Selcuk – our base for visiting the world heritage site of Ephesus. I’ve wanted to visit here for ages so this is our chance. A change of tempo! No swimming just walking in the heat no doubt.

Our driver Ali from Wilsue travel had some French and enough English to make communication good. We were going to get the bus but decided as we were 3 we would cut some time and get a car transfer.

We made one stop for coffee and made it to Selcuk by 1.30.

The scenery along the way was great and it was interesting to see the huge areas devoted to growing produce. Large covered areas growing all sorts of veg and fruit.

We did a detour winding up the road just before entering Selcuk . We wanted to visit Holy Mary’s house now a Chapel. History tells us that Jesus had asked his St John to take care of his mother and when he moved to Ephesus she came with him. 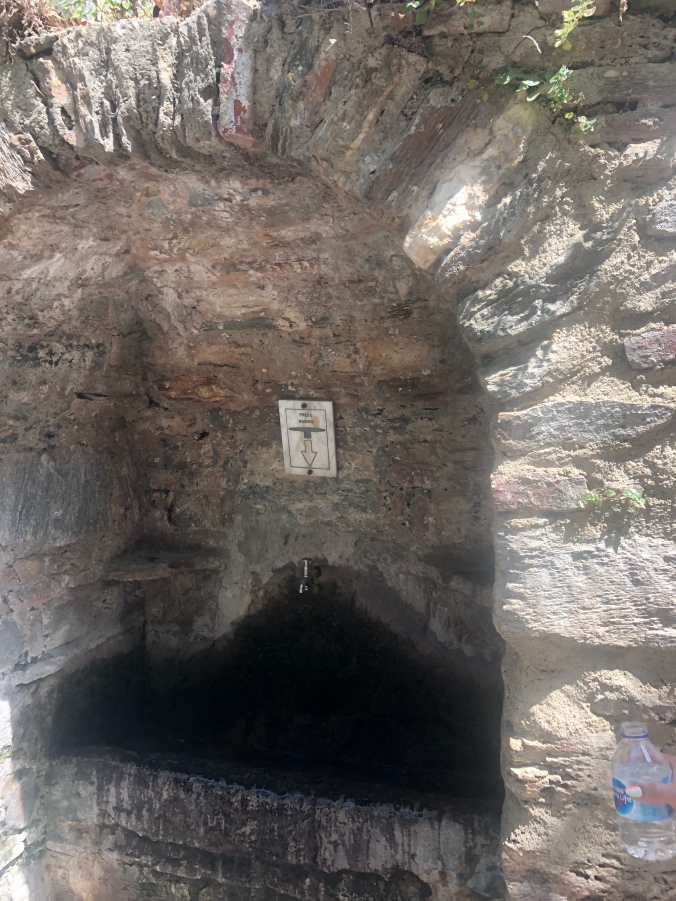 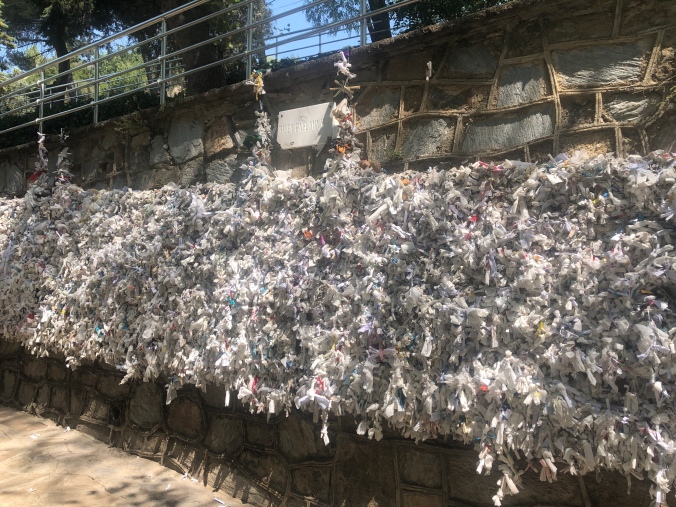 We arrived at the top and and walked the path to the Chapel. It’s touristy but really very simple. We took the holy waters, saw the wall of prayer intentions and wondered if history was correct. Several Popes have visited the area which seems to give it authenticity.

It was perfect. Lovely old style house. Big rooms, aircon! , nice manager and a lovely garden to have a drink and the house BBQ dinner in the evening.

Also close to the things we would visit.

We headed out for lunch – we’re getting used to delicious Turkish mezze plates and salads and the Efes beer is easy to drink on a hot day.

Discovering Selcuk was easy. We found our way to St Johns Bascillica – set in a walled area overlooking the town toward Ephesus. It’s being reconstructed stone by stone – it would have been one of the biggest churches in the world. 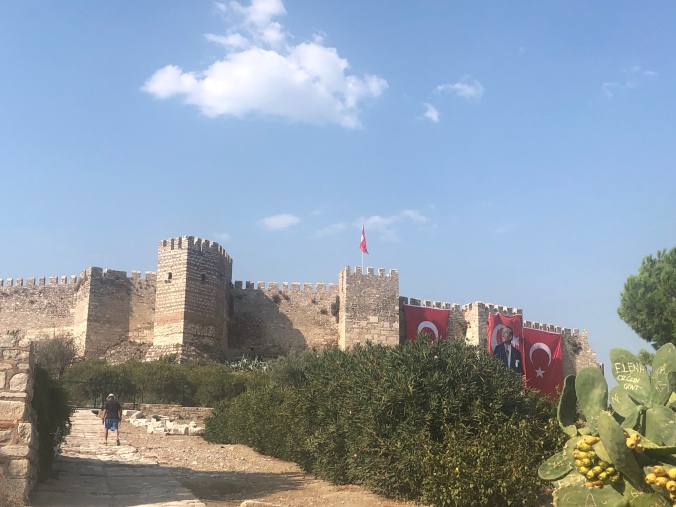 We climbed further up the hill to the fort. It is also being restored and the walk up and back was a little rough walking over slippery marble. The views were magnificent and the breeze cut the high temperatures.

Outside the gates we met (yet again) a man selling ‘ancient coins’. He identified us as Australians and sent up the cry “Aussie Aussie Aussie” – they truly love Australians here.

We headed down hill towards the mosque and were rewarded with a photographer capturing a bride and groom on the entrance steps. She looked beautiful. And so composed in the heat.

Entering the mosque not only did we have to cover our head but cover our body in a a long and very hot robe.

We were given some free information on discovering Islam and Steve struck up a conversation with a lovely young man – a former Turkish AirForce helicopter search and rescue team member.

By now it was nearly 6 so made our way back to the Paradise Hotel, a cool shower and enjoyed a drink in the garden. We met fellow guests from Holland. The tall man sported a freshly broken leg! He had slipped on the steps at the St Johns Bascillica. I thought they looked dangerous!

He’d had to visit the small local hospital. Luckily it was a clean break and he didn’t need surgery- well not yet. He had a cast and was waiting on his insurance company to get home home. End of holiday.

Tomorrow at Ephesus we shall be extra careful!

3 thoughts on “From Kas to Ephesus”