We’ve met some wonderful people on our swim trek holidays and Bill has become a firm friend.

He visited us in Caloundra after Christmas last year and now we have visited him at his summer get away.

He’s very fortunate to have the lease on a camp site on an island in the River Thames at Shiplake – not far from Henley.

We arrived in a little laneway with a ridiculously cute name and were met by Bill.

He led the way and we walked over the bridge to the island carrying a small bag for our overnight stay.

We passed the lock keeper’s cottage 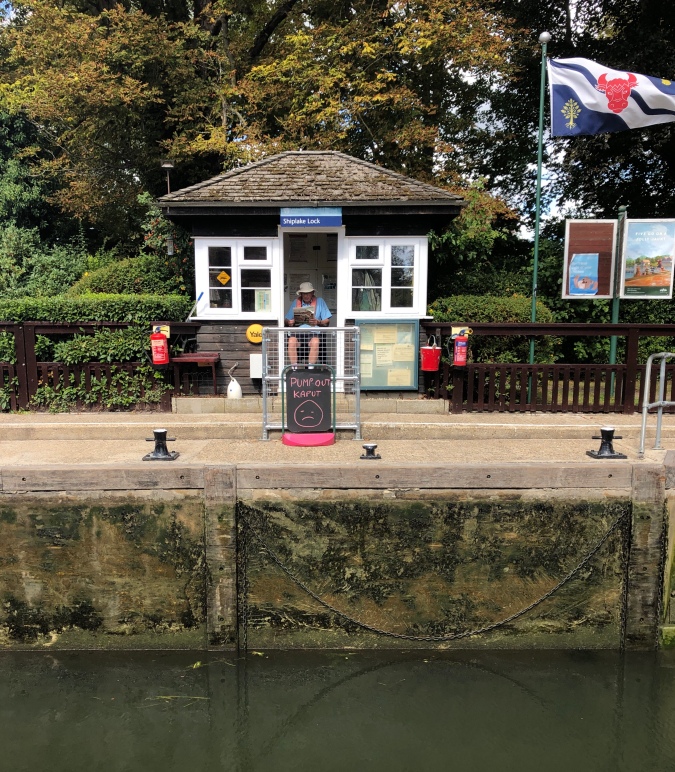 And walked past the other 13 tents to the second last one.

It’s really quite civilised! A little more glamping than camping. There are beds and rugs on the floor, even a little kitchen. Just no bathroom. There is a toilet block nearby.

We settled in and had a swim before lunch. The river is cold and beautiful. 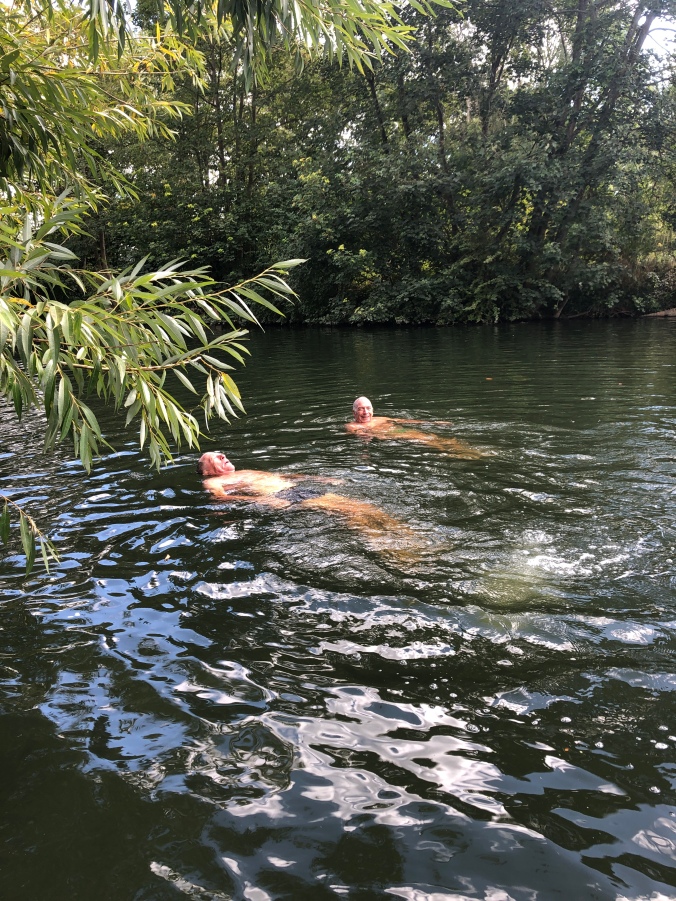 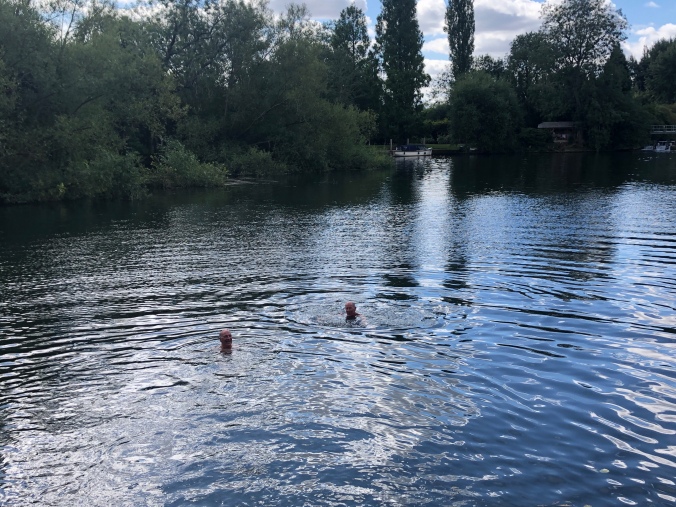 I didn’t actually swim! I watched and took photos. It was a little too cold for me after the warm Turkish waters.

We set off in the row boat. I got to steer the rudder and Bill and Steve rowed. It was so lovely gliding down the river.

We stopped for an afternoon G & T at the Bull a charming pub at Sonning not far from the river bank. We had to go through the church yard to get there. 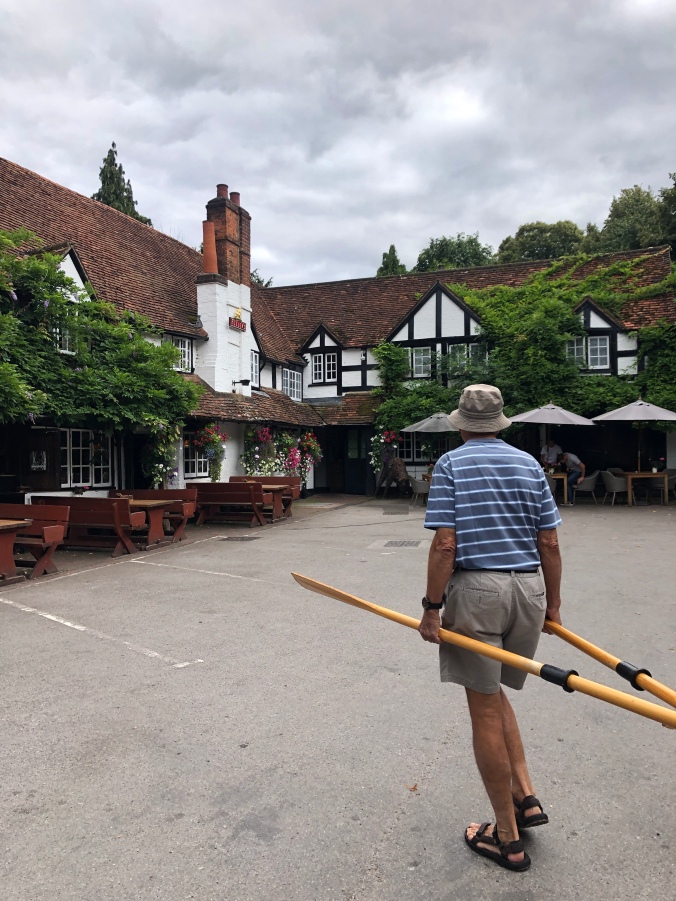 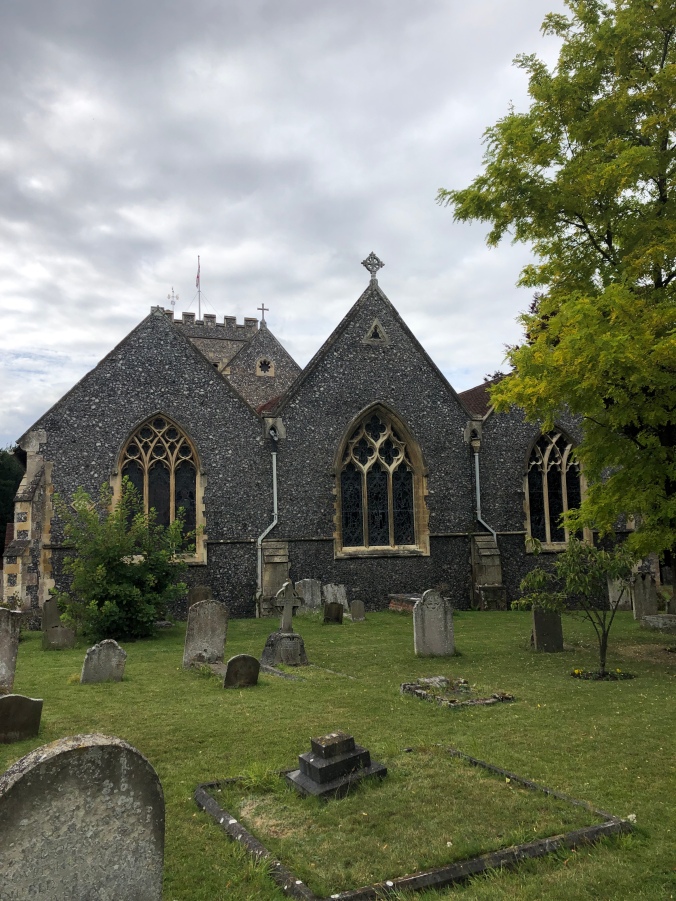 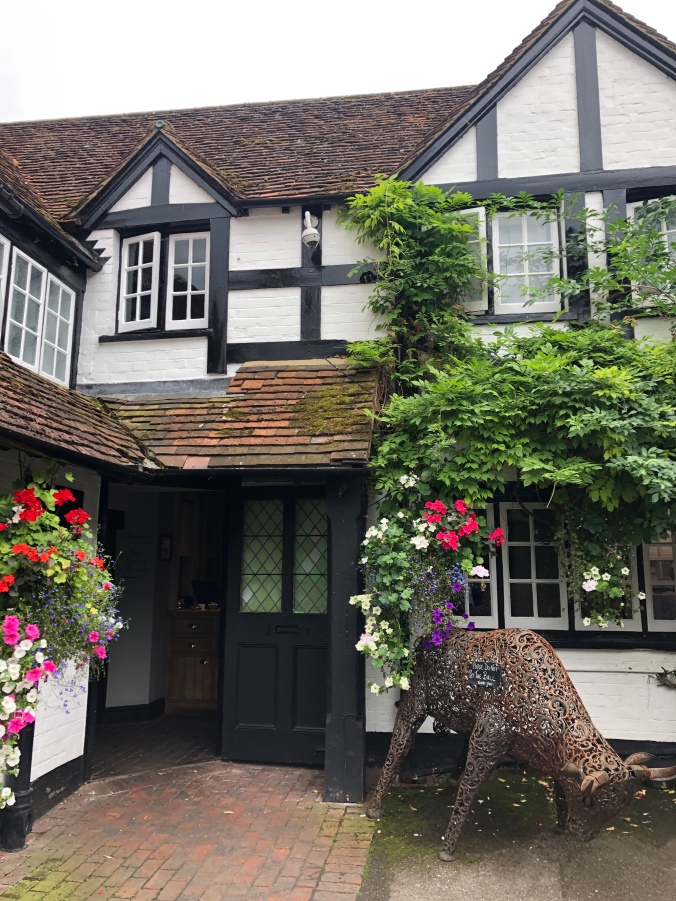 Then it was back into the boat for an adventure. We went via The Patrick – an overgrown small river. I felt like I was in an Indiana Jones movie. 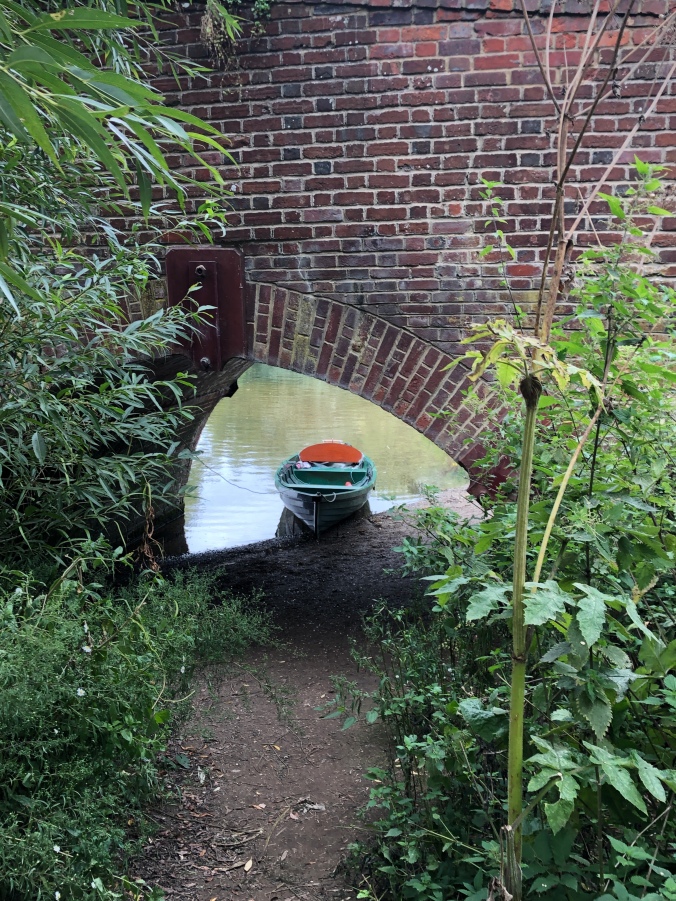 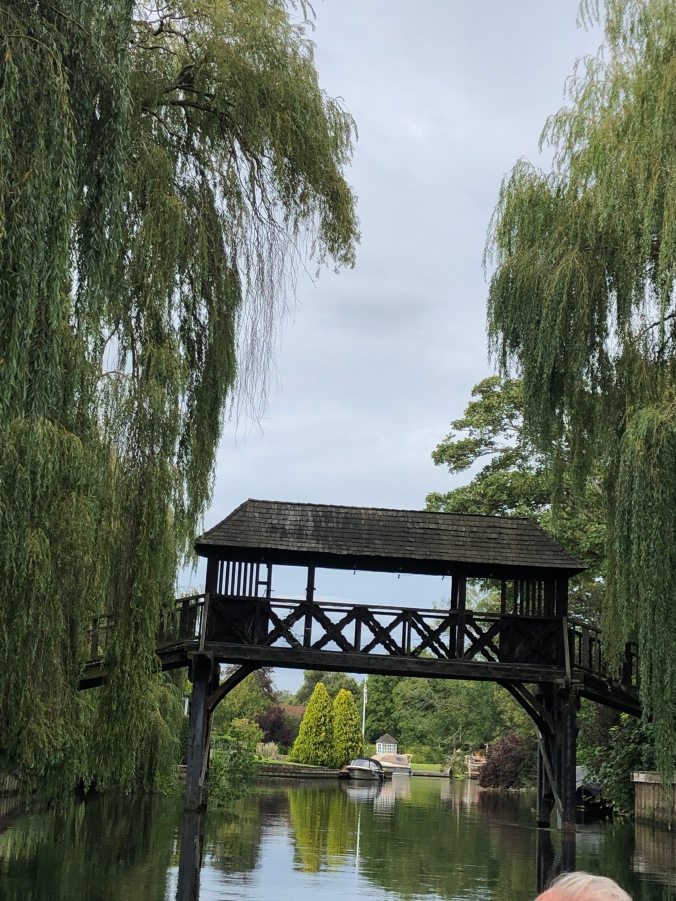 It was great fun. Bill sure knows how to entertain us!

Dinner, cooked by Bill was a bbq. Perfect sitting on the deck beside the river.

Sleeping in the comfortable bed was delicious. The noise of water splashing over the weir lulled us into a long peaceful sleep. It was cool but so cosy under the covers.

The next morning was overcast but that didn’t stop the boys from swimming – though even Steve said it was cold. Brrr.

Breakfast followed by a swing or perhaps table tennis. Or even some gardening!

Then it was back in the row boat heading up the river to another pub. This time for lunch. But not before we went under a low bridge or two! And past some very posh houses.

After lunch we meandered back to the island and reluctantly packed up.

We headed for Cambridge. Arriving at around 4 it was warm and the river looked inviting so we went punting. Such fun. 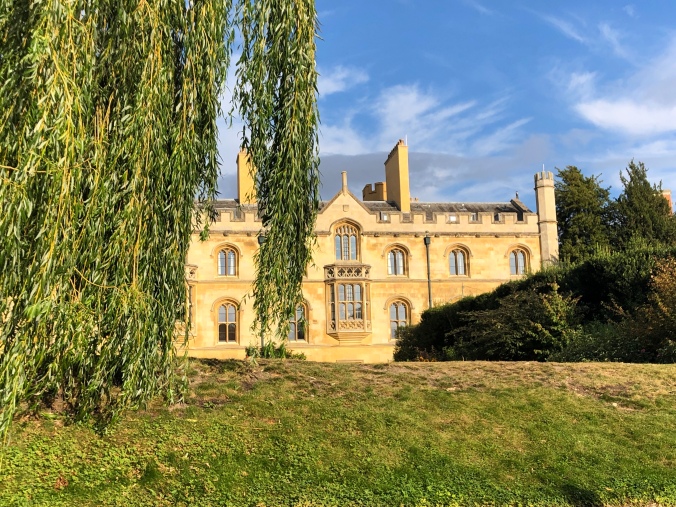 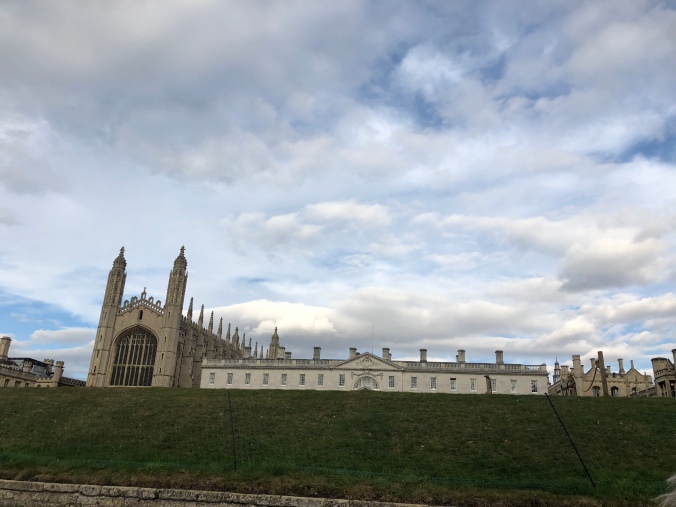 The Colleges along the River are magnificent.

We were entertained by those who thought they could punt on their own. Some were dangerously close to falling in. Others hitting people in other punts with their pole or simply not going anywhere!

We enjoyed a Pimms at the riverside pub as we watching the punting. Some good some not.

Come along with me!

4 thoughts on “Camping on an island in the River Thames!”