It’s a few days since my last update.

Things have moved quite quickly. Pete has really responded to the idea of coming home. Who could blame him!

He’s been having twice daily Physio learning to walk with crutches and on a frame. Very tiring for him, so he’s also sleeping better.

He’s much more alert as the drugs have changed in preparation for home. IV drips are down to 1 in his leg and that comes out today! So that will be interesting as the pain is harder to control in pill form. They are getting the cocktail right.

His operation pain is improving but the phantom pain persists. He started mirror box therapy and we’re thinking of acupuncture.

I’ve had one suggestion for a good acupuncturist but if anyone has another suggestion please let me know.

He’s enjoying getting out in the wheelchair to the garden and the cafe. 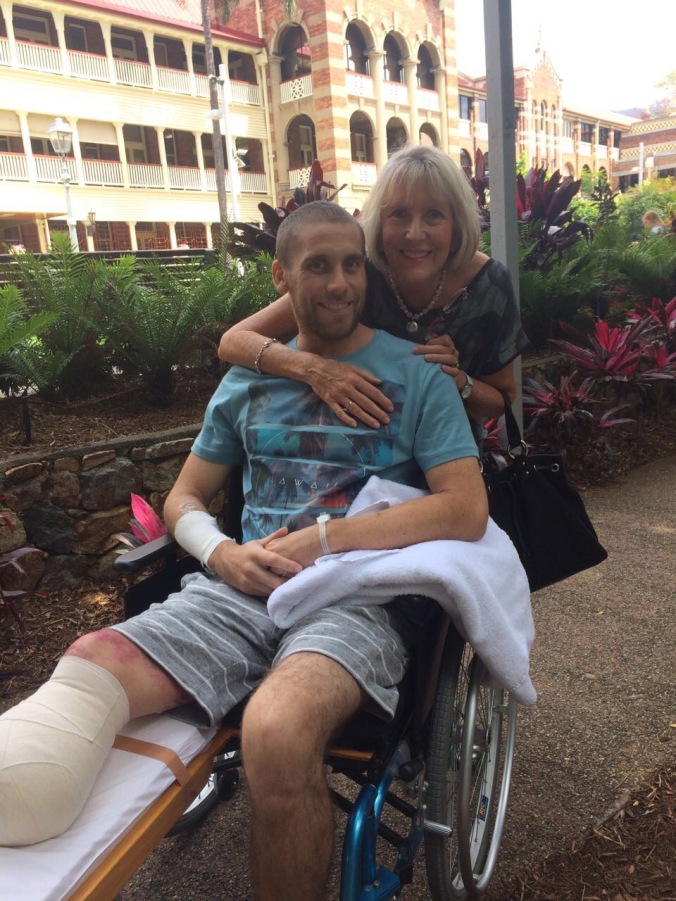 Today he signed up for dog therapy! That’s more for El than him I think. She’s missing her little sausage dog Simpson.

Some mates are visiting this afternoon and if he’s up to it they’ll wheel him to the brewery next door. Doctors said he could have a beer! 🍻

So it looks like home on Sunday if we get everything lined up. He’s looking forward to his own bed and home cooked meals ( he actually has been only eating home cooked meals, but out of containers) His appetite has come back.

So this has been a week of moving forward.

Rehab starts at RBH in about 2 weeks. Until then Physio and OT at home.

Thanks again for your 🙏🏼 your ❤️ 🎁 and your cooking. All much appreciated.