Plantations are big here – both in size and reputation. We decided on a Plantation tour and not an alligator tour.

But which house do we visit? I read reviews and decided on Houmas House or the ‘Sugar House’ because it has a big reputation as a great example of a grand home.

I didn’t want to visit one with the slavery story. That is too sad.

We weren’t disappointed. Houmas House is grand and Southern style and the gardens were amazing. 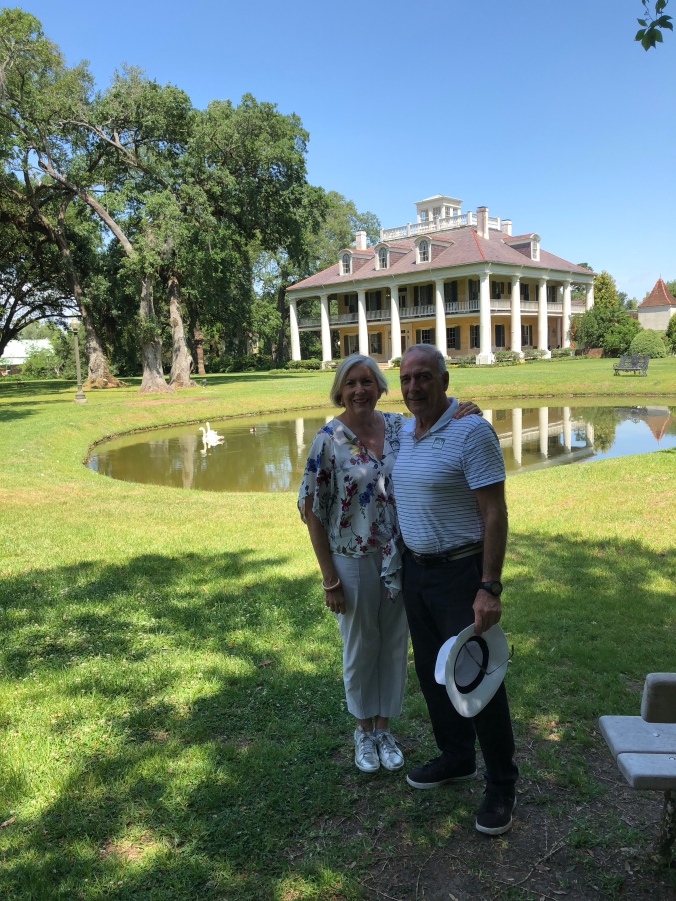 We had an hour bus ride out along the swampy flat land in the direction of Baton Rouge. The driver was a super speedy guy – definitely the stunt driver from the movie Speed!

Arriving at the house was underwhelming at first as there is now an aluminium plant nearby with chimney stacks and smoke!

But pulling into the drive was like stepping back in time. All the attendants wear period costumes and the grounds are heavenly.

There were many sculptures in the garden both playful and decorative. So much money! 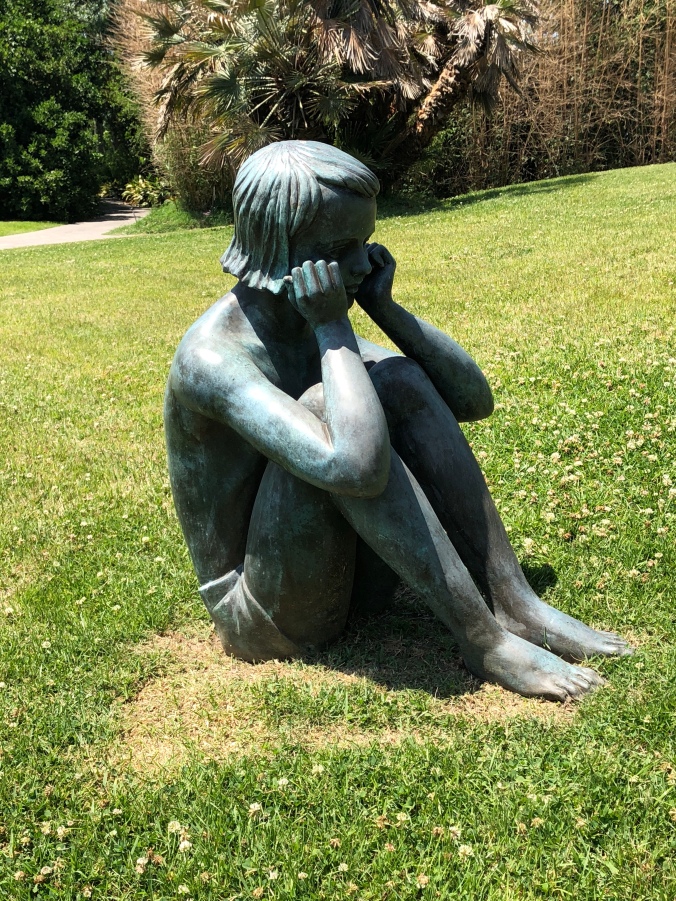 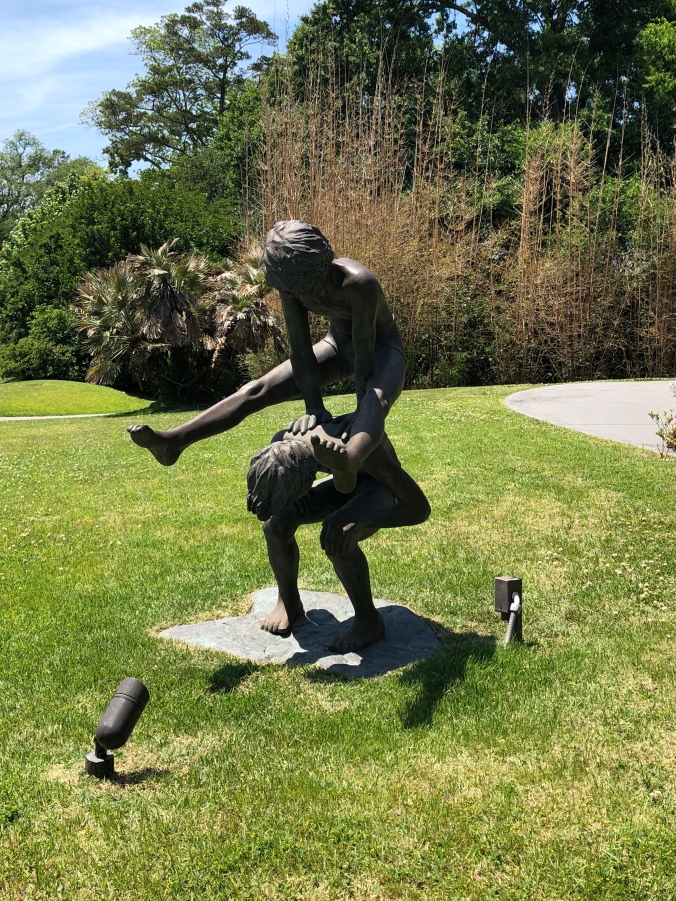 We heard the story of the building of the plantation. It’s named after the local Indian tribe. It was mainly a sugar plantation with 1,000 slaves working there. It made a fortune for its owner. It sold after the civil war for $1.5 million. That’s a lot of money for back then.

Our guide Susan took us through the house and had lots of stories. It’s a pity she spoke so fast ! Hard to follow her. 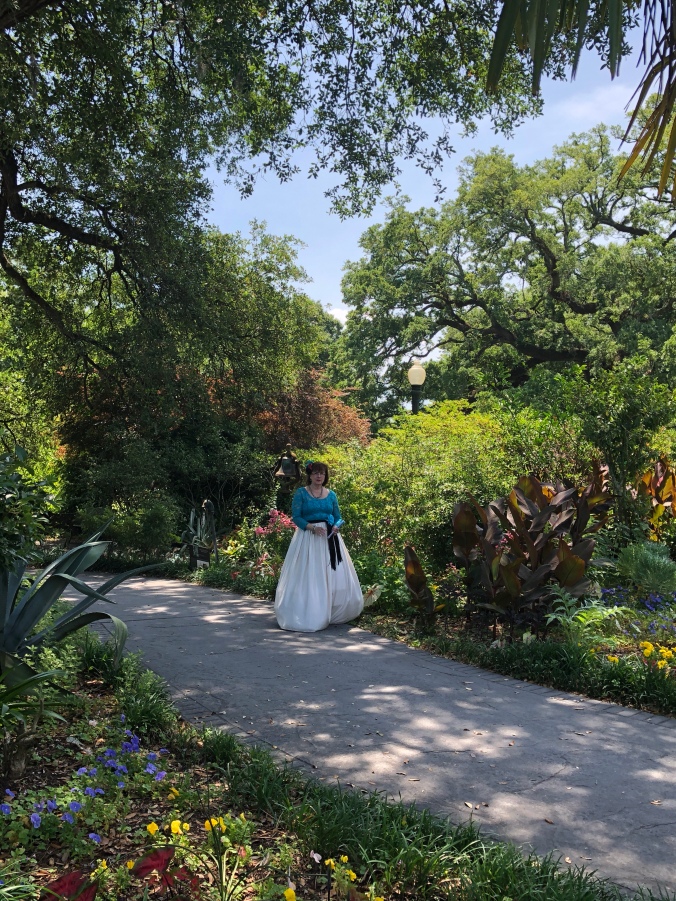 The present owner lives there in two rooms and is up and out each morning before the house opens. He’s not married but loves his dogs. Apart from close friends people don’t know who the owner of the house is or what he looks like.

Another heart thumping trip back to NOLA for a short rest before we went off to dinner. Now that’s a whole other story.

3 thoughts on “Today we have ‘Gone with the Wind’”