First stop today , after a lovely breakfast, was the very famous Bayeux Tapestry.

I’ve been so looking forward to seeing magnificent tapestry ( actually it’s an embroidery). It’s 70 metres long and depicts the events leading up to the Norman conquest in England in 1066. It show young Harold who was a very naughty boy and didn’t keep his word to William leading to an invasion and his eventual death. This whole story is embroidered on this linen piece and stretched around a dark gallery. It’s well presented.  I though everyone would be jostling for a position to see it but the clever French line you up and give you an audio which guides you through at a comfortable pace. Everyone get to see and hear  it’s a win win situation.

Then it was off to our own practically prepared invasion of the five beaches making up the landings of the Normandy DDay invasions on 6June 1944. Such a lot to see and take in. We started with the museum and Memorial in Bayeux then we drove the 20km to the coast for our invasion of the 5 beaches. It was a huge feat of organisation but I must say the beaches were much easier for the landing than the poor Australians had at Gallipoli. The information is presented in different ways: French – Charles de Gaulle ( the French were the bravest) or American ( we saved the day) or English ( it’s all in meticulous preparation. ) kind of way. Very interesting and I’ve learned a lot. Steve had a swim at the middle of the five beaches startling the people and the lifeguards by swimming out and around one of the “mulberries” part of the false harbour the English created. It wasn’t far – well not for our Steve.

We finished with a visit to American Cemetery a magnificent place overlooking Omaha Beach. Very moving place set in wonderful gardens with simple white marble crosses. All 9,000 of them.

Now im listening to more beautiful bell ring g telling me it’s wine o’clock. So off I go to meet Steve at the nearby bar – he couldn’t wait for me to finish! 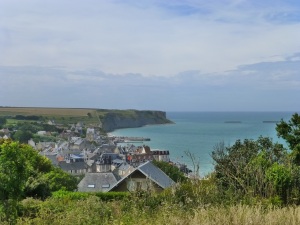 Looking towards Arramanches where Steve swam around one of this things you can see in the water!

Steve off for his D Day swim 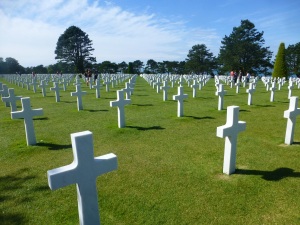 Saw this little chap and it reminded me of our very significant contribution to the war. 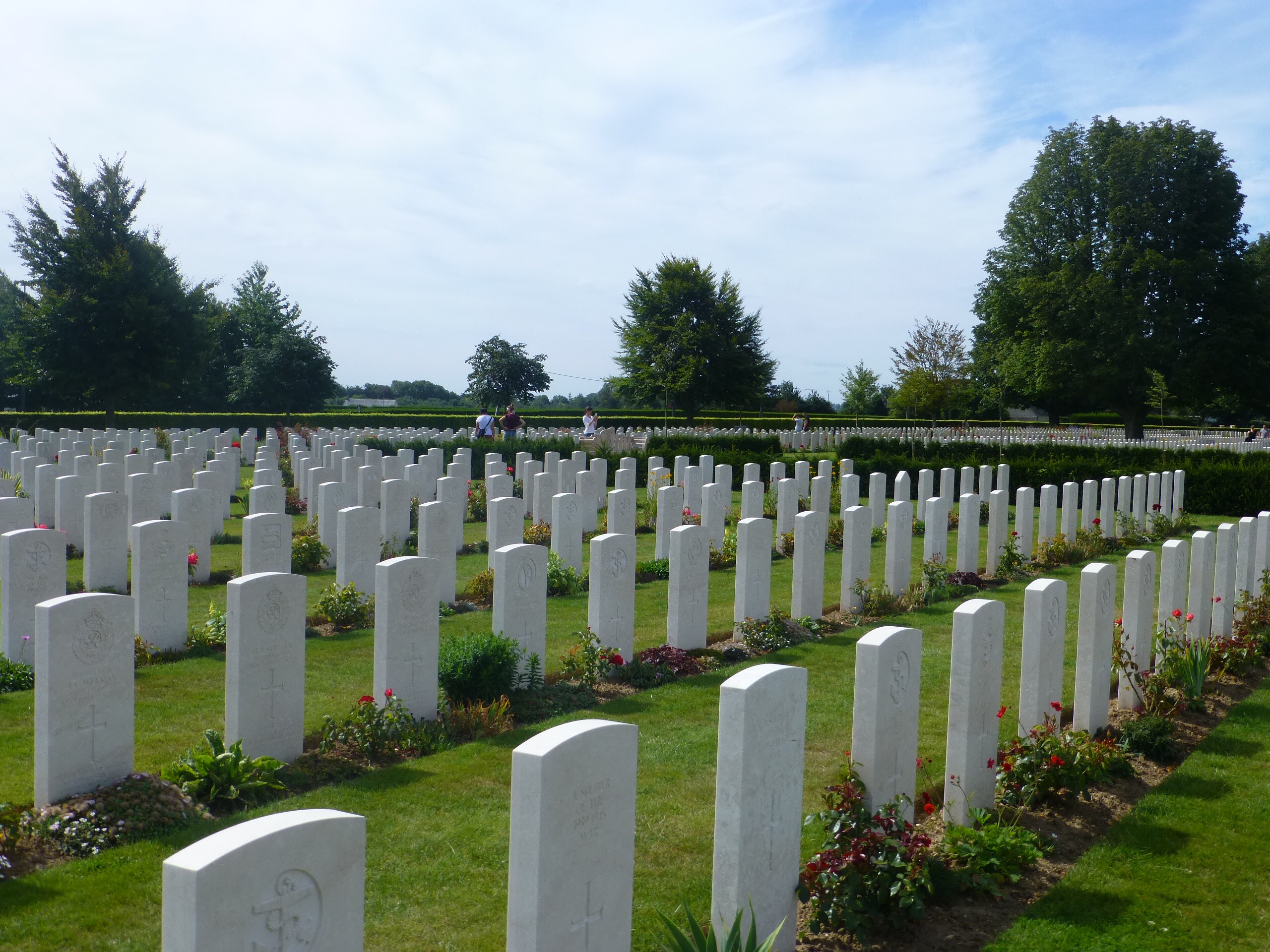 It never ceases to make me sad to see the loss of life.

One thought on “A big day out in Normandy. Wednesday 5”