We enjoyed a nice dinner at La Petit Nomande, starting with a coupe de Champagne ( Jann was thinking of you as I drank it)

The restaurant was crowded and we played the “guess where they are from ” game. The young couple behind us shared a large plate of  oysters which Steve suggested would be a nice aphrodisiac! They were otherwise shy and conservative – English! The couple behind us – he had a shaved  head with sunnies perched on top. She was dressed in something like I would wear. Australian? No Canadian! Table next to us. Father with loud voice, quiet mother , two neat  sons. Blessed themselves and said Grace. I’ll let you guess where they were from. All answers accepted.

We walked home via the Cathedral square as the light show was starting. So another photo to remind you of the fun we had last night. 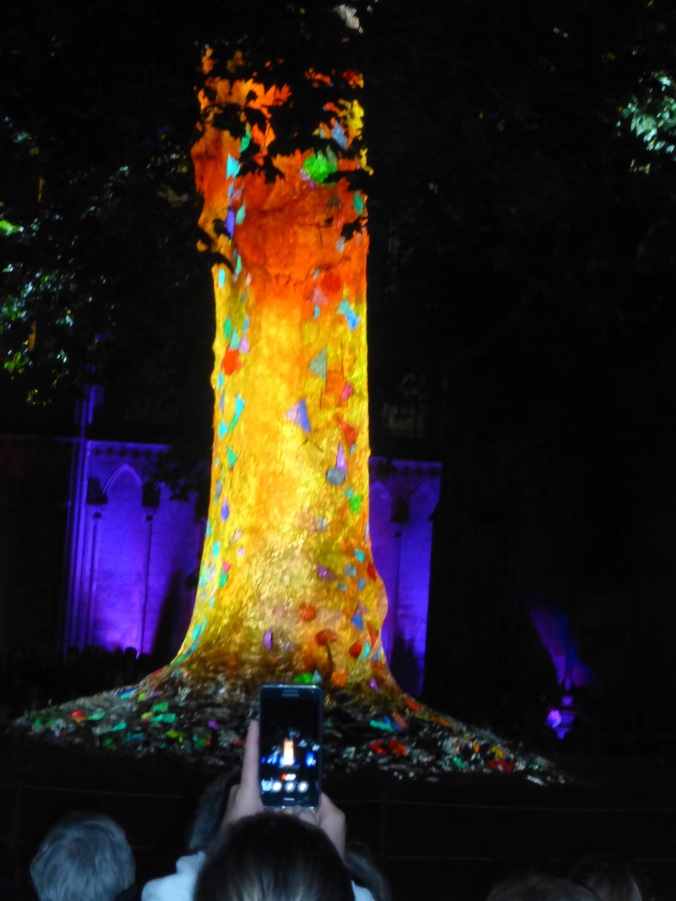 One thought on “Last night in Bayeux”